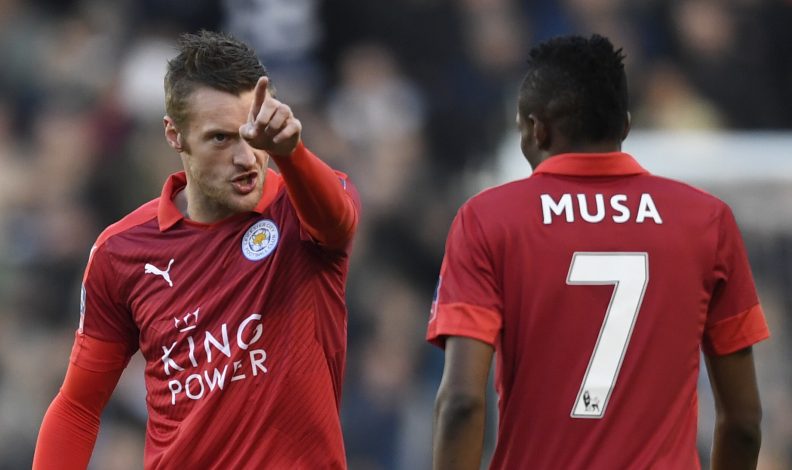 Ahmed Musa was arrested by the police due to an alleged altercation with his wife on Tuesday night, according to reports.

Ahmed Musa was not included in the Leicester City squad that faced Sunderland in a Premier League encounter at the King Power Stadium on Tuesday. However, just hours after the match ended 2-0 in the Foxes’ favour, the 24-year-old was brought in by the police, after they received a complaint against the player from his neighbours.

Two plain-clothed policewomen arrested Musa around 1 AM on Wednesday morning to take him in for questioning, but the Nigerian international was soon released without charge.

A Leicestershire Police spokesman had the following to say about the incident: “A 24-year-old man was arrested yesterday morning at his home address near Leicester on suspicion of common assault.”

A Leicester City spokesman also talked about the matter, by stating: “We are aware that Ahmed Musa has today cooperated with a police inquiry relating to a disturbance in the early hours of this morning.

“’The inquiry has since been closed and no further action is to be taken. We see no reason for formal action internally, though Ahmed will be given the opportunity to discuss the matter with football management when the squad returns.”

Harris told The Guardian: “A row ensued between Musa and Jamila which drew the attention of neighbours and the police were notified.

“The police duly spoke with Musa along with a couple of witnesses in the house and have since closed the matter with no further action whatsoever as there is no case to answer. No charges were brought against Musa or his wife.

“It’s normal for a couple to have a bit of a row now and again, however, Musa did not at any point hit his wife nor was he attacked by her. It was a mere domestic issue which has now been resolved and they are now talking again.

“Everyone knows Musa is a jolly good fellow. He doesn’t drink or smoke, doesn’t party and has never been in trouble with the police all his life. He couldn’t harm a fly.”