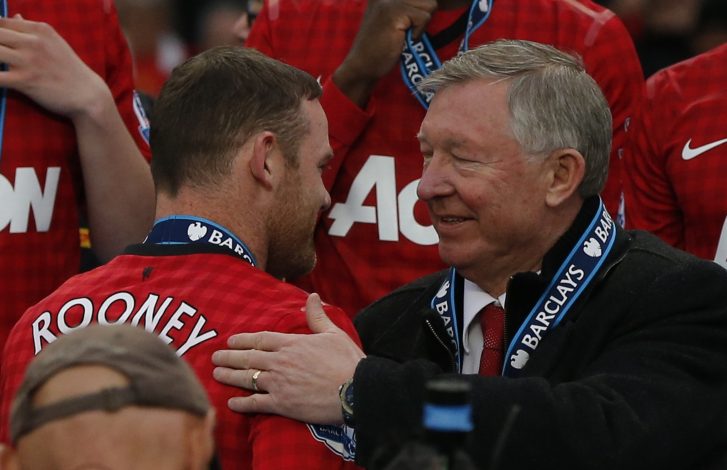 The 2010s are approaching its end and Manchester United have had a defining decade of football.

There are many metaphors that can attempt to do justice to the rise and fall of the Red Devils, but none can fully match the gamut of emotions that fans of the once illustrious side were made to go through.

The decade started brilliantly and then the twilight years of Sir Alex Ferguson’s reign stamped a strong end to an impeccable era.

However, the fall from grace was appalling, to say the least, and even though cameo glimmers of hope shone through here and there, the bleak outlook that oversaw the Theatre of Dreams for much of the decade cannot be denied. Even as the side heads into what is a tumultuous transition period, one that has arguably been extended for seven years now, the variety of players has been shocking.

The list of the standout playing XI may illustrate the cataclysmic difference the best.

While the Spaniard’s most recent mistake against Watford is bound to put a speckle of doubt on this reflection, the larger picture can’t be ignored.

This decade was arguably the keeper’s peak one and for many seasons his efforts and the interest he attracted were the sole positive for United. Will this brilliance of the past carry on into the next set of seasons?

The Ecuadorian international was often viewed only as a makeshift right-back. However, what cannot be denied is that he was a constant feature throughout the decade, slowly being altered to a deeper role on the flank.

In many ways, the purchase of Aaron Wan-Bissaka this season and Diogo Dalot earlier is the first push to truly reform that right-back spot for the future.

When it comes to defensive ethos, the English centre-back was unparalleled in his efforts. Steadfast in approach and dominant in his presence, he was the perfect picture of what Sir Alex Ferguson dubbed to be the very foundation of a title-winning side.

Likewise, the resolute defending of Vidic, when paired with Ferdinand, was a partnership that the Premier League has never seen a deft parallel to and perhaps won’t for quite a while.

While he was arguably on the less prolific end of his United career during the decade, the class he displayed is still a rarity.

The Frenchman was the epitome of the kind of mindset a left-back ought to have. However, the winning mentality he championed did appear to be waning after Sir Alex Ferguson’s departure. Simply put, with Luke Shaw being injured for much of this decade and Ashley Young being used interchangeably, Evra takes the spot in the game and for the side he loves.

With this inclusion begins a pattern that is quite telling of United’s plight. From the 2009 season, Carrick’s midfield brilliance was becoming more and more obvious and arguably reached its underrated peak during the early years of the decade.

United’s failure to have completely created or purchased a player of his caliber and workrate may be one of the root causes of what is wrong in the present lineup. 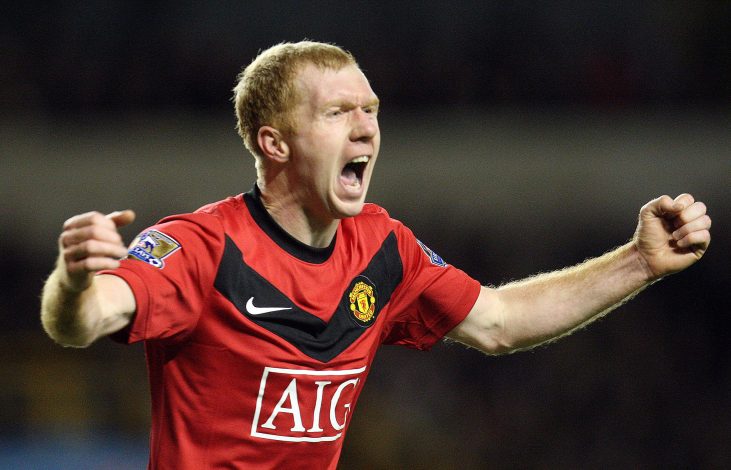 A player in his own class. There is no denying that this decade marked the end of his peak playing days and yet that is a further comment on the state of the current side. Scholes at his best in this decade was much more determined and skillful than the sporadic talent that have dotted the Old Trafford pitch in the years since his departure.

Only in recent days can a potential shift be seen, but is it for the better?

Manchester United’s prodigal son. This decade saw Pogba develop from the academy and fight to make his spot and fail at it. The move to Juventus developed his abilities and the return showed a mixed reflection of the same.

His future still remains in doubt but it is certain that the world-class presence he brings to the pitch could define the next decade for the Red Devils.

The Welsh winger who immortalized himself at United. This decade was the final one he had to display as a player. His appearances were limited with the impact a shadow of the brilliance he displayed early on in his career.

However, that dedication to the badge and the steadfast belief in the DNA of winning and being resilient merits this inclusion.

Going into the attacking options, one truly gets an idea of how United has changed as a club. Even though the Dutch striker spent only three seasons at Old Trafford, he left an impact apt enough to stand out in the decade.

Simply put, his attacking prowess, reflected in the 58 goals and a title-winning season in 2013, United’s second and last one of the decade, was one that has not been repeated since. Mason Greenwood has merited a comparison, but that remains to be tested in the years to come.

United’s historic player and one that saw a fitting end to his time. 122 goals were netted for the Red Devils by the striker during this decade, despite being shifted to a variety of roles in the final days.

His brilliance is unparalleled and despite his desire to move in the middle of the decade, Rooney remains the quintessential United player, the likes of which a generation will find it hard to forget.

In conclusion, a comment has to be made on the managers who were in charge during these ten years. Multiple hands attempted to tame the Red Devils after Sir Alex Ferguson’s pinnacle ending to his career. David Moyes’ disappointment, Louis Van Gaal’s expensive experiments, and Jose Mourinho’s roller-coaster management have all led to the transition headed by Ole Gunnar Solskjaer.

Amongst these, Mourinho came closest to aping the personality and notion of a larger playing philosophy that illustrated Sir Alex Ferguson’s era. Going into the next decade, supporters of the great club will find it hard to hold on to hope, but for the time being it is Solskjaer who is tasked with salvaging some from many a daunting mountain climb.