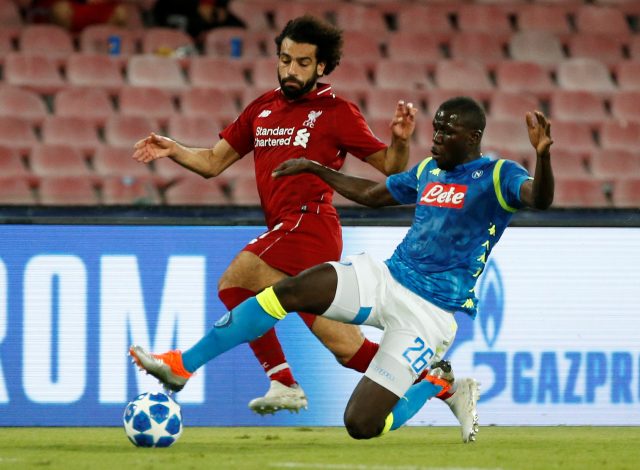 Manchester United are ahead of Manchester City in the race to sign Napoli centre-back Kalidou Koulibaly.

The Senegal international’s current deal at Napoli runs until the end of the 2022-23 season, however, according to Italian outlet La Repubblica he is open to move away from the Serie A side this summer and has already said his farewells.

Koulibaly is expected to swap the Italian league for English football, as both Manchester City and Manchester United are interested in his services.

Pep Guardiola is looking for a new defender after failing to replace Vincent Kompany, who returned to his boyhood club Anderlecht after spells at Humburger SV and Man City. However, the Blues face competition from their city rivals for Koulibaly’s signature.

Despite breaking the world transfer record for a defender to sign Harry Maguire before the start of current campaign, Ole Gunnar Solskjaer is in the market for defensive reinforcements, and if the aforementioned source is to be believed, the Red Devils are leading the race for the 28-year-old.

The record English champions are willing to pay around €80m for Koulibaly’s services.

← What Bruno Fernandes Told Wan-Bissaka On His First Day At Man UtdWilfried Zaha: Aaron Wan-Bissaka Was My Hardest Opponent In Training →