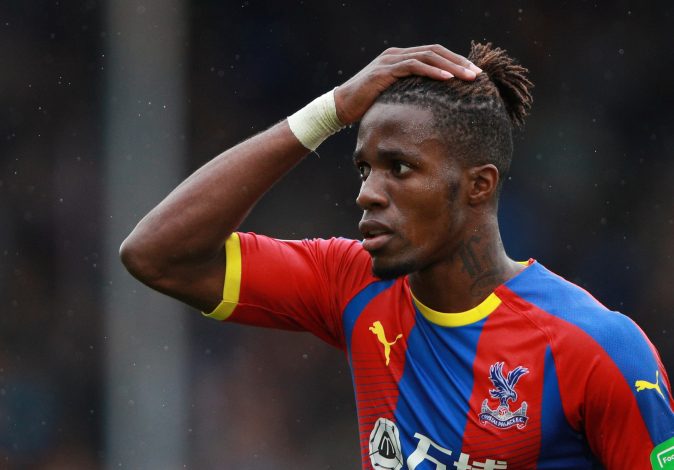 Aaron Wan-Bissaka has been near faultless since his move to Old Trafford from Crystal Palace before the start of this season.

The £50 million right-back has started 26 out of 29 Premier League games under Ole Gunnar Solskjaer, and has surprised many with his defensive prowess, especially his ability in one-on-one situations.

However, his former teammate Wilfried Zaha isn’t surprised by the start Aaron Wan-Bissaka has made to his career in a Red shirt.

Asked during a live Q&A with fans who was the hardest opponent to face in training, Zaha said: “Aaron. He is very good, so hard to get past him.

“Everything that people are saying now – calling him ‘The Spider’ – we knew before, it is just that he is playing in front of the world now.

“We were saying it all before but it is nice to see the world know it now.”

Apart from his toughest opponent in training, Wilfried Zaha also picked out former Brighton full-back Wayne Bridge and his former teammate at Old Trafford, Antonio Valencia, as the toughest opponents during his time at Crystal Palace.