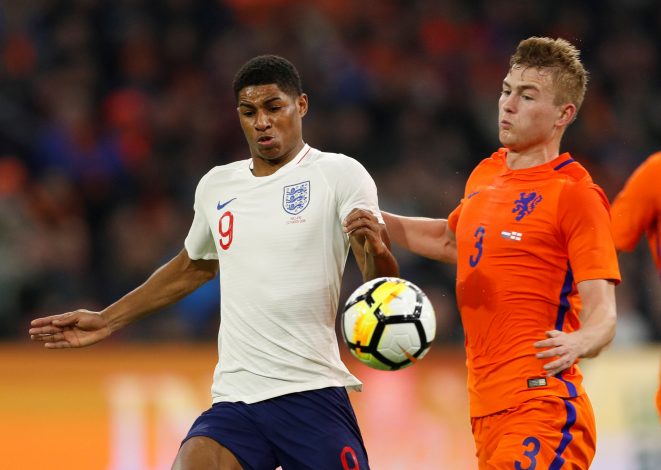 Matthijs de Ligt was on the radar of Europe’s biggest clubs following the Champions League heroics with Ajax last season. The Netherlands international finally ended up joining Juventus in a €75 million move.

However, the former Ajax captain has failed to settle alongside Leonardo Bonucci at the heart of the defence in Serie A.

Manchester United were amongst the clubs interested in the services of de Ligt last season before he opted to move to Italy, and according to the Evening Standard, the English side are still interested in the talented centre-back.

Juventus, meanwhile, are looking to bring back Paul Pogba, who left the Old Lady for the Red Devils in 2016.

The same report suggests that Ole Gunnar Solskjaer still considers the 20-year-old amongst the best central defenders in the world, and could use De Ligt as a makeweight in a deal that will allow the French midfielder to move back to Italy.

The Red Devils value their record signing at £150m, but could lower their asking price if Maurizio Sarri’s side allow Matthijs de Ligt to move in the opposite direction.

The United manager is focused on his attack this summer, with the likes of Jadon Sancho and Jack Grealish topping his summer transfer wishlist.

However, move for Matthijs de Ligt makes sense as the young centre-back still has the potential to become one of the world’s best in his position and could anchor the defence at Old Trafford for years to come.