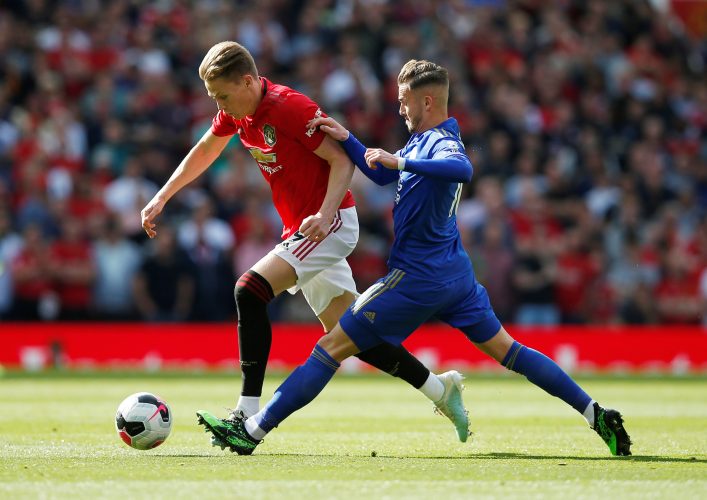 There is no denying that Scott McTominay is one of the finest players that Manchester United have fielded in recent times.

Rising from the academy ranks and being initially deployed and making an impact against high-profile sides, the youngster has now become more or less a regular in Ole Gunnar Solskjaer’s starting lineup.

In fact, prior to the injury that removed a decent chunk from his playing time this campaign, he was arguably the best player that the Red Devils could boast of.

As such, it is no surprise that he is becoming somewhat of a menace to face on the field.

This seemed to be the case when McTominay’s youthful compatriot, Billy Gilmour, who functions as a midfielder for Chelsea, was up against Manchester United in the Carabao Cup in October. United had won the game 2-1 at Stamford Bridge, courtesy of Macrus Rashford’s brace.

Answering fan questions on Twitch, 18-year-old Gilmour singled out that encounter to be the most difficult opponent he had faced, stating: “In a game I’d say Scott McTominay, not just because he’s Scottish, it was just in that game I found it very difficult.”

He adds: “Scott McTominay had some private words of praise after playing against Billy Gilmour. [There’s] no rivalry, I don’t know him that well. But after the match he did text me and said, ‘keep doing what you’re doing’. I thought that was really nice of him.”

This is a further testament to just how good McTominay has been as well as how wholesome his attitude is on the field.

In the past, such antics coupled with a strong presence on his teammates has often led supporters to predict that he’d be a future captain for the side. Certainly looks like it and only time will tell how he’ll fare in the future.

← Reason Why Jadon Sancho Is ‘Excited’ By The Idea Of Joining Man UnitedDaniel James: Aaron Wan-Bissaka Is The Hardest Defender I’ve Ever Faced →