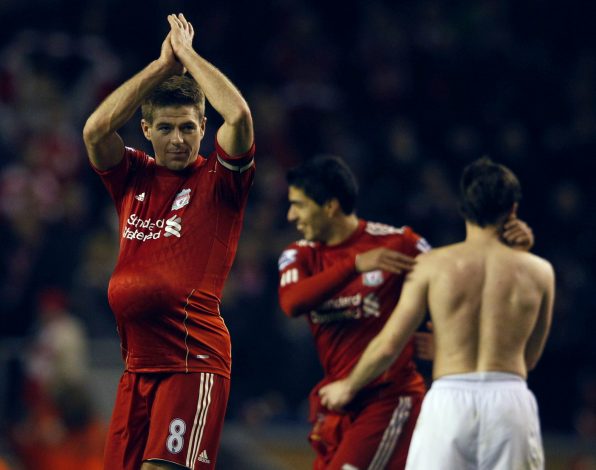 Manchester United broke the world-record transfer fee when they re-signed Paul Pogba in 2016, but the midfielder has struggled to reach the same heights as he did for Juventus.

However, many still believe the World Cup winner can turn his Manchester United career around – largely because of his natural talent.

Paul Scholes, who played alongside the French midfielder prior to his Juventus move, is also aware of Pogba’s ability and even went as far as compare the 26-year-old to Liverpool legend Steven Gerrard.

“I played a bit with Paul and everyone knows the talent he’s got,” Scholes told the UTD Podcast. “He can do everything as a midfield player and you’d probably liken him to Steven Gerrard with the pace, the power, the skill. He can do absolutely everything.”

← Thierry Henry: ‘Anthony Martial Is A Far Better Player Than I Was At That Age’All The Signs Suggest Jude Bellingham Is Going To Join Manchester United →