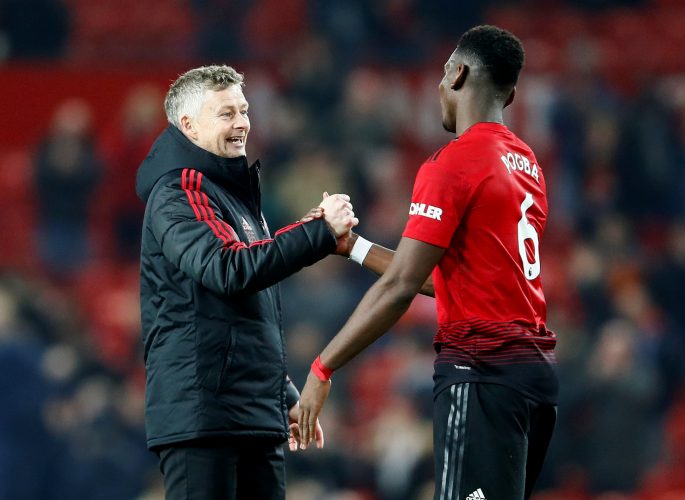 Manchester United are keen to keep Paul Pogba as Ole Gunnar Solskjaer has made plans to make him a key part of the club’s future.

The Frenchman missed most of the 2019/20 season due to injury, and was expected to depart Old Trafford as soon as the summer transfer window opened.

However, as per the Mirror, the Real Madrid transfer target now believes that his immediate future is in Manchester with a big money move unlikely due to the financial impact of the Coronavirus pandemic.

The Norwegian tactician wants the 27-year-old to build a midfield partnership with Bruno Fernandes, who has been a revelation since joining the Red Devils from Sporting Lisbon in January.

The report adds that the manager has told the Frenchman he’ll be straight back in the team as soon as Premier League season resumes. The midfielder has been assessed and declared fit by United’s medical team.

If the season is restarted, Manchester United will be in a strong position to qualify for the Champions League next season with return of Paul Pogba in the midfield alongside in-form Bruno Fernandes and Fred.