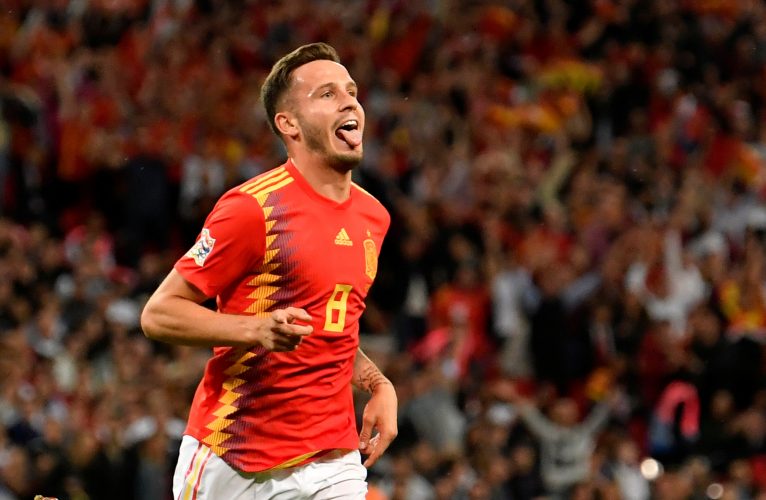 The post-pandemic transfer window will certainly be a fresh playing field with drastically changed dynamics. By virtue of economic challenges that months without football have posed, many clubs could easily choose to either not invest at all in new deals or bankroll and cash in on existing assets in a bid to make some form of profitable turnover.

As a result, the domino effect that would erstwhile be in play could be a sight to reckon with.

In this regard, a promising inter-League deal may be in place.

According to Spanish outlet Todofichajes, Manchester United are close to acquiring Saul Niguez from Atletico Madrid. As per the claim, a transfer free of £70 million has been agreed by both outfits for the midfielder.

It is understood that the Red Devils are viewing Niguez as the potential replacement for Paul Pogba who has appeared exit-bound for a while now.

Here’s where an intrigue exists as the report also claims that the completion of the move depends on whether or not Pogba leaves Old Trafford.

This is likely to fulfill both a tactical position left by the Frenchman as well as to raise the adequate funds to acquire the Spaniard from the La Liga giants.

As such, the deal at this point appears, at best, to be an agreement in place awaiting the big updates.

Madrid have reportedly lowered their price significantly, as Niguez was previously valued as high as £131 million. Then again, the very financial conditions that are allegedly forcing them to cash in on on the talented player is likely to also put on hold any straight-cash deal for the expensive Pogba too.

Will this deal take place in the summer, or will the fresh set of circumstances force all parties to be cautious about where and how they invest?