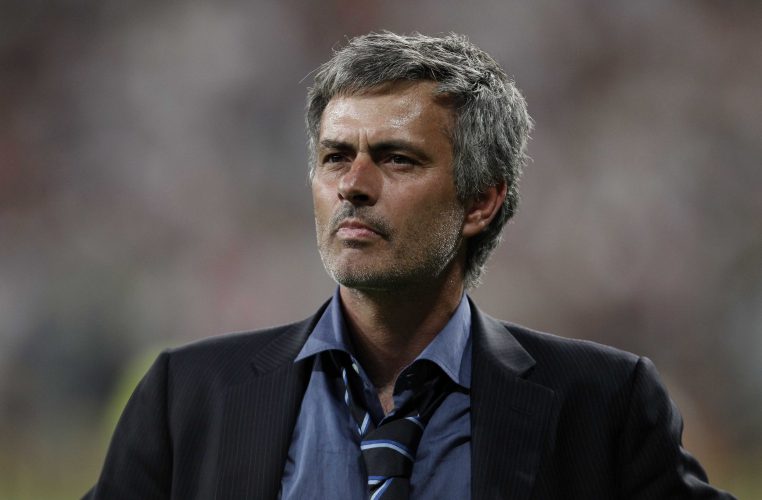 Jose Mourinho’s managerial antics have been of the precise sort that have added a significant amount of color to the great game. The Europe-wide reigns of the Portuguese maestro have certainly left little to question.

Currently the gaffer at Tottenham Hotspur, some of his best professional years came when he was at the helm of Inter Milan between 2008 and 2010.

The highlight of the Italian stint came in the 2009/2010 season when he led the side to a sensational treble.

Now, ten years since the momentous achievement, Mourinho confirms an intriguing encounter that he had with Pep Guardiola enroute the Champions League glory.

Mourinho’s Inter had faced Guardiola’s Barcelona during the semi-finals of the competition.

During the second-leg, the Serie A side were reduced to 10 men after Thiago Motta’s red card.

Reminiscing about the moment to Gazzetta Dello Sport, Mourinho remarks: “When [Sergio] Busquets fell I was standing between our bench, theirs and the point where Thiago Motta had been expelled. Out of the corner of my eye I could see the Barcelona bench celebrating as if they had already won.”

Mourinho then went on to deliver memorable words to Guardiola as he adds: “Guardiola called over [Zlatan] Ibrahimovic to talk about tactics: tactics in playing 11 against 10. So I just said to him, ‘Don’t party yet, this game is not over’.”

The game ended with victory to Barca but Milan’s convincing first-leg performance ensured progression to the final wherein Bayern Munich were defeated to complete the treble.

The Guardiola rivalry went on to continue when the Portuguese boss joined Real Madrid in the future and then again during Manchester derbies in recent times.

Prior to the lockdown, the two gaffers clash has resulted in Mourinho coming out on top once more when Spurs bettered Manchester City 2-0 at Wembley back in February.