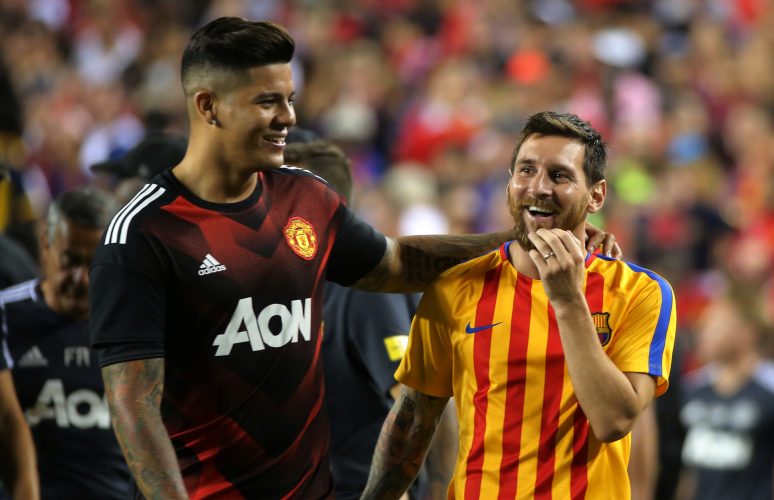 After offloading Marcus Rojo to his hometown club Estudiantes on loan in the winter transfer window, Manchester United are now hoping to sell him permanently as Argentine clubs Boca Juniors and Estudiantes portray interest in the defender.

Despite his knee injury which resulted in only one appearance for the South American side, the veteran centre-back is now fit as per the Mirror, and accordingly Boca Juniors have entered the competition to secure his services.

The Red Devils are keen on removing the player’s name from their roster as they hope for a bidding war between all the interested teams.

The English side landed the 30-year-old from Sporting in 2014 for a fee of £16 million, and with this transfer they intend to reacquire a major share of the same, having tagged the defender with a price of £12 million.

Estudiantes were responsible for setting off the talented player’s career back in 2008, after which he started exploring possibilities in Europe and now they have provided clear indications that they are determined to keep him in La Plata.

Regardless, Boca have also portrayed interest in the star which could be taken seriously given the fact that they admitted they will not be keeping Junior Alonso after the expiration of his loan deal by the end of next month.

Nevertheless, the Argentina international still has a year left in his current contract at Old Trafford along with an option of extending it for another 12 months if required.