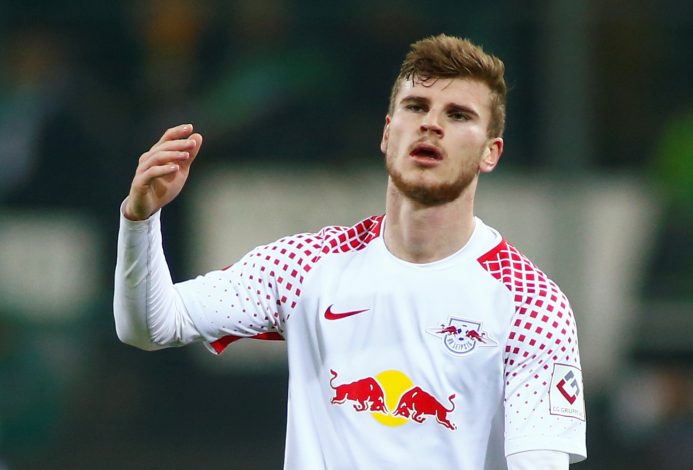 Timo Werner has been urged to snub Liverpool for Manchester United by Owen Hargreaves.

The RB Leipzig talisman has been heavily linked with a move to Anfield since last summer. United have always been mentioned as potential suitors in the mean time.

Werner has enjoyed his most fruitful campaign this time around, netting a hatrick against Mainz this week to take his Bundesliga goal tally to 24.

Meanwhile, Liverpool have been desperate to include an out-and-out striker to their squad as Roberto Firmino’s weakness in front of goal has been exposed this season.

However, the former Bayern Munich midfielder has adviced Werner to look at United or Chelsea instead.

“Well, he’s not going to get past Bobby Firmino, who is one of my favourite players to watch,” Hargreaves said during commentary on BT Sport.

“I think that’s the thing. Wherever he goes, he has to play. With the way (Manchester) United play right now, I could see him there. They need a number nine.

“Chelsea could be a good fit, I just think he’s perfect for Liverpool in a way but he’s not guaranteed to start. If he’s happy rotating in the front three then yes, he’d be a great fit for Jurgen Klopp.

“He works hard, he’s a good goal-scorer, he’s a good teammate, all those things they need but he’s not going to play ahead of Roberto Firmino, I just don’t see that. He’s too good in that team.”