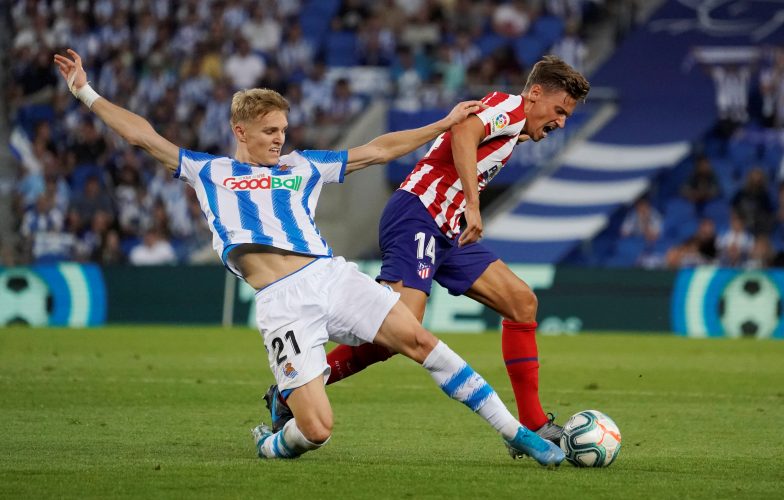 Paul Pogba’s future could prove to be the biggest outgoing worry that Manchester United will have to combat until the upcoming transfer window.

While the side is expected to pursue the likes of Jadon Sancho and Jack Grealish strongly, it is with regard to keeping hold of their existing players that Ole Gunnar Solskjaer and company could have a tough time.

Amongst the names that could leave the Old Trafford outfit, Pogba has been of prime interest since last season itself.

Real Madrid have been the most interested and linked party, even though recent claims point to a Juventus angle too.

However, the La Liga giants could go down a desperate route in order to acquire the expensive Pogba.

As per the Sun, Real Madrid are willing to offer upto four players in a bid to swap Pogba to the Bernabeu.

These include youngsters Martin Ødegaard and Brahim Diaz as well as James Rodriguez and Lucas Vazquez.

As extreme as this claim appears to be, the post pandemic economy could realistically force outfits to engineer such deals in lieu of ready cash-at-hand to finance massive bids. Interestingly, United have taken out a sizable loan to aid their transition to the testing times ahead.

As for the sale of the player, the stance that the club had taken last campaign was that the French midfielder would only be sold for a straight cash deal. As per the report, he is still not for sale.

As such, the report also adds that Solskjaer is still of the mind to keep Pogba with the Premier League outfit, as he is eager to pair him alongside Bruno Fernandes for the long-term future.

Should United accept the flurry of players that could join them, or is tethering Pogba to their outfit a bigger priority to their potential success?