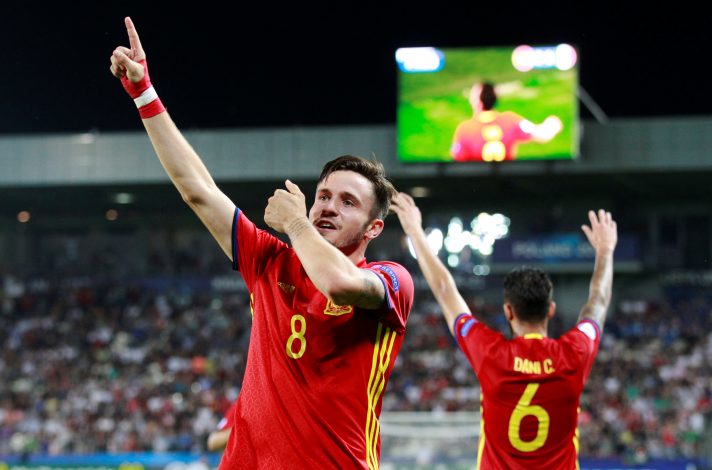 Social media has proven to be quite a prominent and daunting tool in football. Apart from extending the consumable content beyond the action on the pitch, these platforms also provide fans with incredible insight into the lives of the stars they admire.

However, an unintended consequence of the same has been that their smallest moves tend to be blown out of proportions, especially during the transfer season when the rumour mills keep churning and a close eye is kept on even the most minute activities.

Having said that, players certainly seem to have caught drift of this and may now be using it to their advantage.

Saul Niguez sent Man Utd fans into a crazed flurry with his latest post. The Atletico Madrid midfielder has long been linked with the Red Devils and as of recent, claims indicated that a deal had been met between the parties over a potential move to Old Trafford.

As such, fans were given ample hope when the Spanish star took to social media to state: “New Club. I’ll announce it in 3 days…”

Hopeful United fans have interpreted this to mean that the 25-year-old is headed their way. This is despite reports suggesting that a move will be made for the player only if United assuredly sell Paul Pogba in the summer as Niguez will be his replacement.

Several fans also took the route of caution and instead suggested that this was a well-orchestrated PR move on part of the player, probably to announce some other tie-up, sponsorship, or a brand deal.

If the latter is true, Niguez and his representatives have certainly caught an ideal pulse with which to further their message and the effect may be a perfect way to do promotions.

One way or another, a decent chunk of fans will be awaiting the announcement that will arrive in three days.