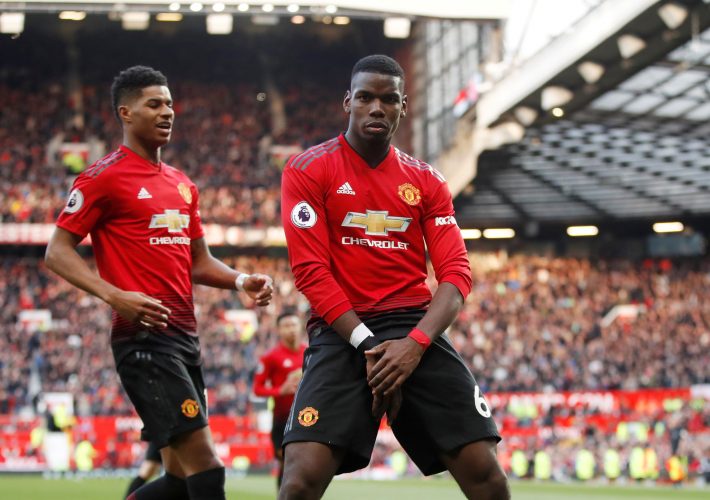 With the Premier League set to resume on June 17, clubs will be scrambling to ensure that they end their seasons on the best note possible.

The lockdown months almost entirely spelt doom for a lot of the aspects relating to the present and future of the great game, particularly with regard to fans being unable to attend the stadiums and cheer their sides on.

However, one of the silver linings of these months was that the players who had been informed that their seasons were over due to injuries they had picked up earlier, now have a second chance to redeem themselves.

At Manchester United, the most prominent of these recovered stars are Paul Pogba and Marcus Rashford.

While in Pogba’s case, the hype of his return is by virtue of his profile, the exit rumours, and the potential pairing with Bruno Fernandes, a different avenue awaits Rashford’s return.

Prior to his back injury, Rashford was undeniably the best Red Devil, and his career-best goal tally was there to prove it.

As such, the return of the English forward will be a test to see how Ole Gunnar Solskjaer is able to reintroduce him to a lineup that had to be altered quite a bit to make the best out of the fit offensive options.

Add Pogba and Fernandes to the mix and Solskjaer will certainly have an interesting task ahead of him.

Simply put, the Norwegian gaffer can go about altering his traditional 4-3-3 by getting rid of the right winger altogether and replacing him with a central attacking midfielder aided by a midfield pivot. United’s lack of a capable right forward would necessitate this. Such a metamorphosis would effectively lead to a 4-1-2-1-2.

Manchester United’s best lineup after return of Rashford and Pogba from injury?

Here, it will be Martial and Rashford leading the line, making the most out of their central and cutting-in abilities. As such, the full-backs can fulfill both defensive and offensive duties as the front-two will adapt as required.

The no.10 will be occupied by Fernandes with Pogba and Fred forming the midfield pivot and McTominay securing the holding spot.

Essentially, Pogba and Fernandes will be fluidly switching roles. The ensuing nexus will be a natural way of feeding Rashford while at the same time posing a goal-scoring threat on their own. With the English forward utilized in a wider role for much of this campaign, this central shift coupled with creative input could do wonders to his goal tally.

Further, this style will also see both Fernandes and Pogba make the most out of their long shot tendency from outside the box, carving an extra threat.

This formation will also reward Fred’s absolute brilliance in the pre-lockdown months as his position will be cemented and alongside McTominay a balanced midfield capable of high-pressing and winning the ball back will be in place. A big one-up here instead of the traditional lineup is that United won’t be caught scampering in the midfield when opponents launch a counter attack.

Keeping in light the fact that the games ahead will be played with few rest days in between, alternating between the two formations will also make the best use of United’s reserve options as the likes of Odion Ighalo, Mason Greenwood, Daniel James, Juan Mata, and Nemanja Matic can easily slot in and adapt as required.

Solskjaer and company succeeded in building a fairly competent United prior to March. Now with Pogba and Rashford back, such tactics and styles can be easily incorporated to make the side a regular threat.