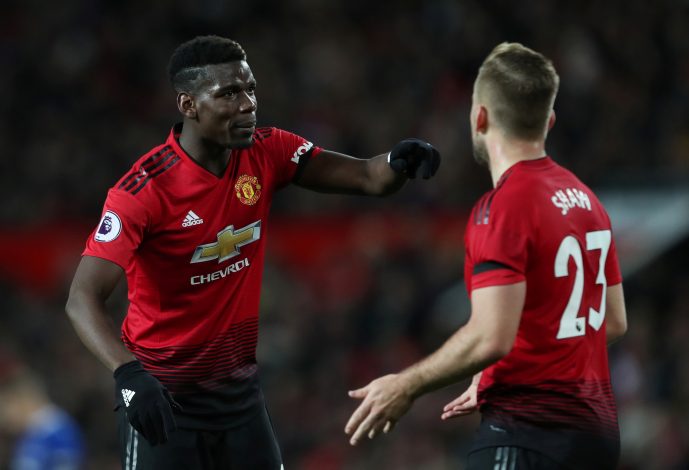 Even though Premier League football is set to resume on June 17, fans are clearly itching for some action. While the Bundesliga can provide football lovers a great alternate viewing option, the diehard fans of English sides will have to wait.

As such, it is behind-the-scene updates that are proving to be the hot news.

For Man Utd supporters, it is the 11v11 training match held behind closed doors at Old Trafford that has proved to be a source of much fascination.

So far, several full time scores and scorer details were doing the rounds but now there’s first-hand information regarding the same from a reliable source.

Luke Shaw lifted the lid over who did what during the game in an interview to the club’s official website, stating: “We had a great 11-a-side training game on the Old Trafford pitch over the weekend and it was eventful!”

“There have been a lot of different things circulating on social media and I’m happy to set the record straight: it did end 4-4 and I did score twice!”

Shaw then revealed other details and pointed out what the social media rumors had gotten wrong: “Also on my team, Bruno [Fernandes] got one and Jamo [Daniel James] got one, while, on the other team, [Marcus] Rashy got two and so did Odion [Ighalo].”

That certainly does set the record straight, especially with regard to Marcus Rashford’s alleged hattrick. Fans will be particularly pleased with the fact that Odion Ighalo netted a brace as the striker has been retained on loan until the end of January 2021.

Further, apart from getting on the scoresheet, Bruno Fernandes was also up to his creative prowess as Shaw adds: “To be fair, my first goal was decent. It was from a great cross by Bruno and my volley went straight in. I was happy with it.”

As to how the empty stadium practice affected them, the left-back was frank as he reveals: “It was also our first chance to get used to a silent Old Trafford, which was different. We all felt like it made the pitch seem bigger because the stands are totally empty.

“We were creating our own noise around the stadium and that’s something we’ve got to make sure we do.”