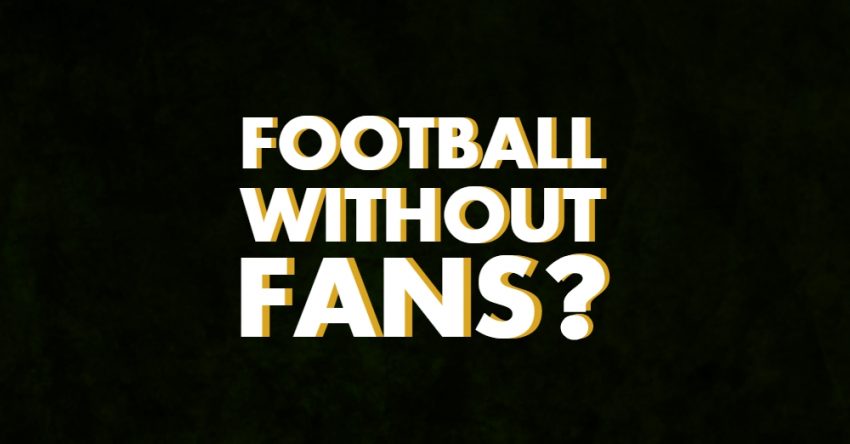 The vitality of football fans in a stadium on a matchday simply cannot be understated. With the Premier League all set to resume games within closed doors and in front of empty stadiums from June 17, spectator-less sports will soon become the new normal.

While stadia have all the elegance of a cathedral, the eeriness that is invoked when a game is played without fans to cheer and pressure you on speaks volumes.

In fact, the raw impact actually goes much further than just a psychological absence.

In a well-researched piece, Betway Football goes into details as to just how impactful the absence of fans will be to matchday fixtures.

Apart from outlining revenue shortfalls and and raw decibel impact, the catalyzing effect that fans have on the great game was also discussed.

A good chunk of the same was done through the lens of former West Ham captain Alvin Martin.

Talking about having played in front of an empty stadium due to a ban, Martin recalls the encounter by stating: “To go from playing in a full stadium to playing behind closed doors is eerie. You could hear every word that was being said.” 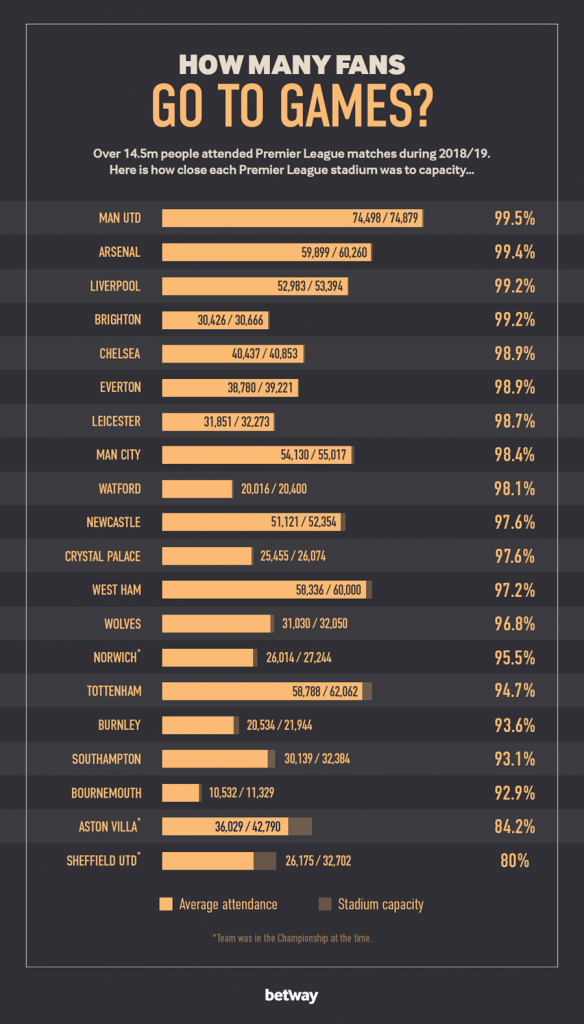 This same sentiment was recently echoed by former Barcelona boss Luis Enrique, who while speaking to Spanish basketball show Colgados del Aro, emphasized just how much of an emotional toll closed-door football took.

Further, going into details about how the crowd would even help him get through injuries, Alvin Martin adds: “I remember a time under Harry Redknapp when I had three injuries in quick succession. One day, I was doing the warm-up at the Boleyn and thought: ‘I’m not going to be able to play here, I’m in a lot of pain.’ But as soon as the dressing room bell went and I knew that we were going out on the pitch, it gave me a kick of adrenaline.” 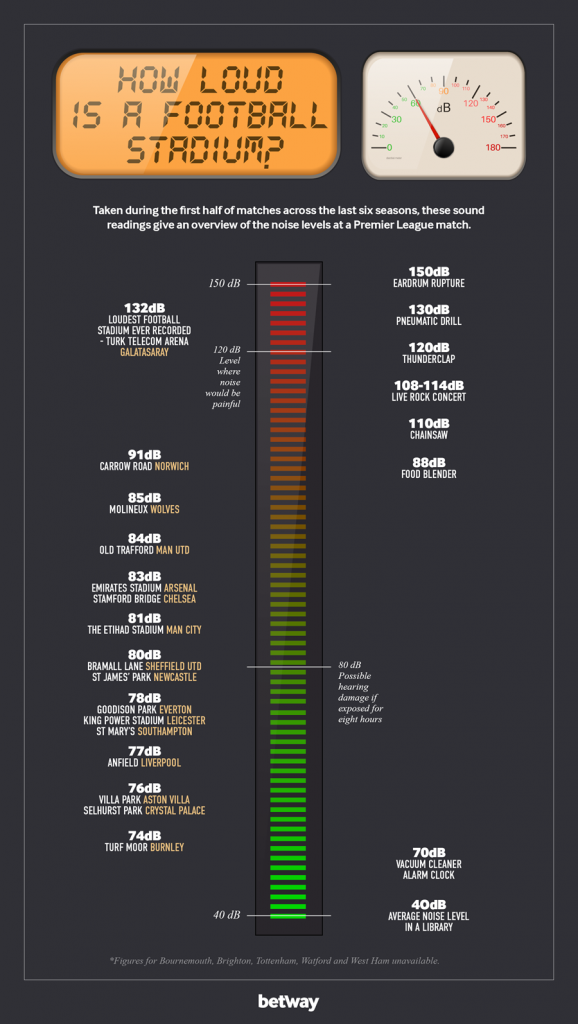 The sheer sound generated by the fans was also touched upon. In terms of decibels, the loudest sound generated by Turkish side Galatasaray’s stadium, Turk Telecom Arena, was 132db which was just over the 120db that a thunderclap would record. In contrast, English stadium fans usually generated upwards of 70-90 decibels each matchday. Does speak volumes about the total impact.

Further, the article also talked about the financial impact of playing bereft of fans and their ticket prices.

In particular, the extent to which stadiums were filled in the Premier League spoke volumes about the same, with Sheffield United’s lowest percentage still coming to 80% while Manchester United stood at the top with Old Trafford averaging above 99.5% of its capacity. This translates into revenue as Premier League clubs amassed £677 million during the the 2018/19 season alone. Of these, the likes of Manchester United, Arsenal, and Liverpool were most reliant with figures of £111 million, £96 million, and £84 million respectively being part of their annual turnover for the same season. 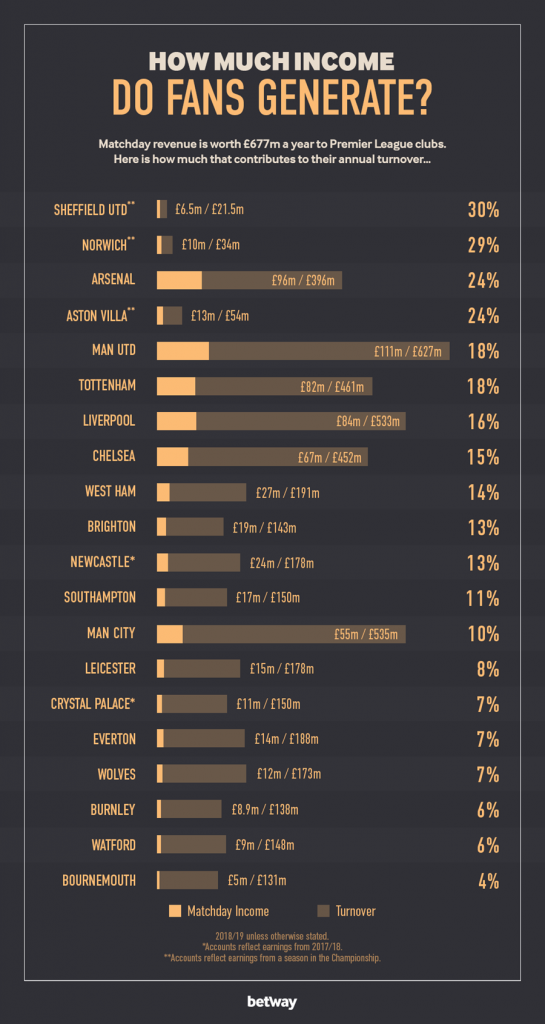 This was further elaborated upon by football finance expert Kieran Maguire who states: “If you think about it, the game would not have been around for hundreds of years if people didn’t love to go to matches.”

The intricacies involved are certainly baffling and speaks volumes as to just how much the pandemic has changed the world as we know it.

However, a new normal will have to be clawed from it regardless and how the game adapts and returns will be crucial to its future.

Maguire adds in this regard: “It is essential, then, that in the absence of match-going fans, clubs attempt to come up with alternative revenue streams to cover the shortfall. They will be trying to claw that back in some shape or form. I think football might have to re-invent its relationship with fans in terms of its ability to offer an experience.”

Time alone shall fully tell what the future has in store for the matchday experience.