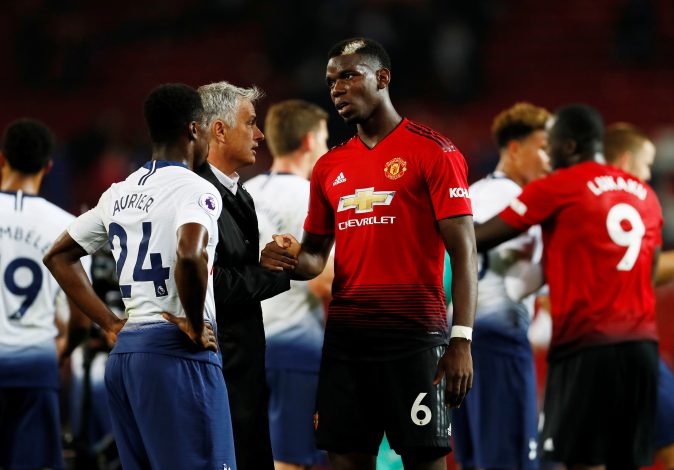 When Steven Bergwijn’s shot bulged the back of the net, Tottenham believed for a moment that they could reignite their campaign during their clash against Manchester United last night.

However, as the game entered its final stages Eric Dier came in physical contact with Paul Pogba inside the box, which resulted in a penalty that was effectively converted by Bruno Fernandes.

Despite the 1-1 scoreline, the game was pretty absorbing with the Red Devils operating appreciably well. Yet one of the highlighted aspects of the match nevertheless seemed to be how Pogba influenced the game right after a major break in his footballing career.

The Frenchman was introduced in the fixture right after the one-hour mark and then went on to offer major resistance to the opposition.

Going by the figures, in the 34 minutes the 27-year-old operated, he had a stunning 100% rate for long passes whereas 94% for overall of the same. Completing two successful take-on, the star even made four recoveries in total.

Furthermore, the Old Trafford outfit were able to salvage at least a point from the much-awaited fixture because of the penalty he won in the 81st minute.

With such a huge impact in such a short duration after a prolonged break owing to an injury, the talisman has asserted from his performance last night why he’s still considered one of the best in the midfield.

Most of the supporters have even raised questions as to why the former Juventus star failed to start the match, implying they would’ve secured the whole of three points if the playmaker had done so.

Regardless, with the point they registered from the game they’re still right behind Chelsea in the table, just two points off the Blues.