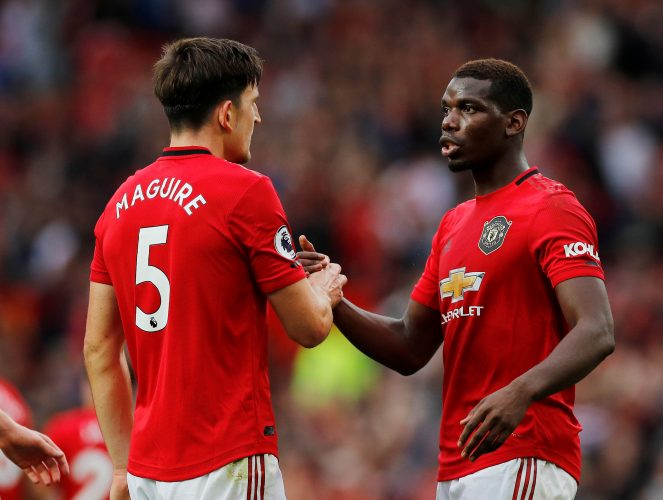 Manchester United delighted fans across the world celebrating their return to Old Trafford with an elegant 3-0 win over Sheffield United. Anthony Martial was the undisputed man of the match with an incredible hattrick to his name.

However, he wasn’t the only Frenchman to shine during the fixture.

Fans were exceptionally pleased with the performance that Paul Pogba put in during the game which was his first start after months of being out due to injury. The Twitter reactions to his outing say it all.

An excellent performance from him. pic.twitter.com/J1xouqaxQA

Paul Pogba has the ability to turn a game on its head in the seconds. The way he manipulates a football is rarely seen by anyone else. He created more chances tonight than anyone else. Add Bruno’s quick thinking, forward passing, flicks/runs and the potential is frightening.

Some fans really thought that Paul Pogba was the problem at Manchester United. He’s different gravy.

By the way, THIS is the Pogba we saw in 16/17. He played deeper and just facilitated for the rest. He doesn’t need to score or assist to play well. He’s been excellent today.

Pogba was impactful even when viewed apart from the main narrative of the night which was him starting alongside Bruno Fernandes in the midfield.

In particular, the World Cup winner had a strong impact through his immaculate legwork. It had won the Red Devils the all-important penalty during the Tottenham Hotspur game last week, when he made an impact coming off the bench. This time, it made for quite a few flashy moments.

While one of them could have certainly culminated in a goal after he had nutmegged and baffled numerous players, a hattrick-hungry Martial appeared to steal the ball off him at the last instant, marring what would have been an excellent build-up to goal. His dribbles were unsurprisingly the best of any player on the pitch as was his penchant for long-balls.

Nevertheless, Pogba hasn’t looked this sharp for a long time and Old Gunnar Solskjaer will be hoping for him to keep up the performance and maintain the creative ethos as the Old Trafford outfit look to make a promising run for a top-four finish in the seven Premier League games that remain.