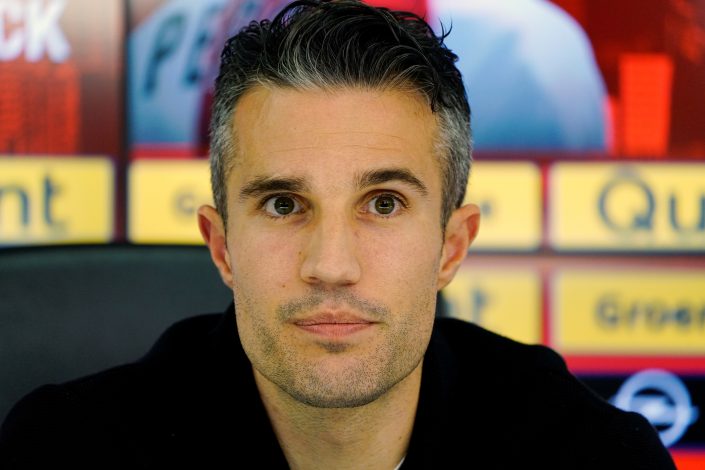 Manchester United were able to put pause a formidable run of Premier League games without a hat-trick on Wednesday when Anthony Martial netted three goals to single-handedly defeat Sheffield United 3-0.

The last time this occurred was all the way back in 2013, a whopping 7 years ago when Robin van Persie was impressive against Aston Villa to secure the Premier League title for the Red Devils.

Following that, United did taste hat-tricks in a variety of competitions in Europe and domestic competitions with the likes of Wayne Rooney, Memphis Depay, and Zlatan Ibrahimovic furnishing their fair share post-Sir Alex Ferguson.

However, in the Premier League, the Frenchman’s efforts were great and the person to have done it before him certainly acknowledged it.  

Van Persie’s reaction is just one of many that fans from across the globe had in response to the great game from United and Martial.

The goal was his 19th in all competitions and with Marcus Rashford at 18, the Old Trafford outfit will finally have multiple players cross the 20-goal-mark at the rate at which the fixtures ahead are growing.

Despite this impressive tally shared by their frontline, United still have the least amount of goals scored in the Premier League’s top-five owing to their lack of goals from other sources.

However, a fairly decent defensive showing means that they have a better goal difference than Chelsea. This same facet is keeping them higher than Wolverhampton Wanderers too.

In this regard, if the top four race comes down to goal difference, and it looks like it will, given how crowded things are getting in the fourth, fifth, and sixth positions, the Red Devils may have a slim advantage.

Of course, now the simple question is how long will fans have to wait until the next hat-trick?