Jadon Sancho appeared to be the go-to target for Manchester United this summer, but recent reports appear to be hinting at a waning interest.

This is largely due to Borussia Dortmund’s constant insistence that the winger won’t be sold for United’s maximum valuation of £50 million. Both clubs are affected by the COVID-19 pandemic and hope to maintain their own economic shortfalls.

As such, there is a strong possibility that Ole Gunnar Solskjær and company won’t be breaking the bank over the English starlet, and here are the options they ought to look into instead.

Linked strongly with the Red Devils and other top names, Adama Traore is an exceptional player for what United are looking for at the right-wing. At 25 years of age, the Spaniard fits the bill and is already an established talent in the Premier League as evidenced by his prowess with Wolverhampton Wanderers this campaign.

While he certainly lacks Sancho’s eye-catching numbers, 4 goals and 9 assists in England is still a strong bet to go upon, especially as Sancho’s full potential in the League is still a question mark. Further still, Traore has had an excellent season already and his blistering pace enables great dribbling, crossing, and passing ability, apt for a winger.

Liverpool also have their eye on the starlet although Wolves have indicated in the past that his price will be high.

The name that was on United’s radar much before the more substantial rumours surrounding Sancho began to surface. The Aston Villa star is still linked to the Old Trafford outfit with one opinion even suggesting that a deal has already been struck.

In the case of this Englishman, the key lies in his versatility of playing in most of the key attacking midfield spots. He too has been great in the Premier League and has an enviable creative ability. His capacity to hold on to the ball will certainly be crucial, as will his tendency to cut-in.

However, the only downside here is that Grealish primarily functions on the left-wing while United are searching for a world-class option on the right-wing. This can be amended by extending the player’s versatility there or through a return to United’s traditional trend of interchanging wingers as Marcus Rashford has shown a tendency for the same in the recent past. 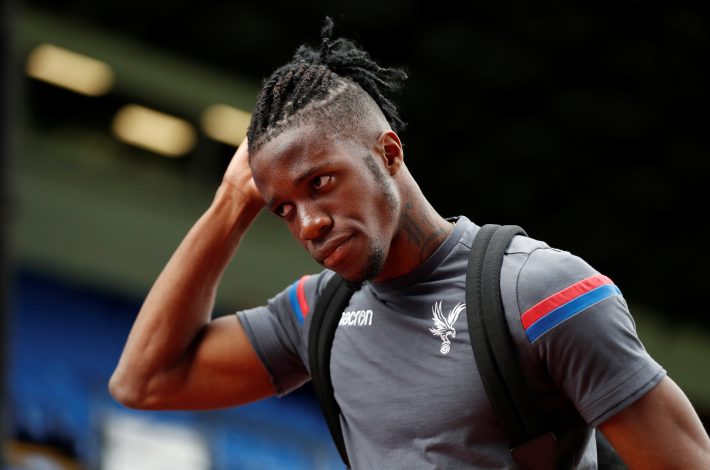 A name that Manchester United fans will be familiar with. The English youngster was once touted to be the next big young signing that United had acquired but things didn’t go that way. However, previous transfer windows have seen rumours of a return for Zaha to Old Trafford.

He would be a safe buy in the position, not necessarily a world-class talent but certainly a reliable option to deploy on the wings. He is also incredibly versatile across the frontline and has a knack for great short passes with an eye on counter-attacking football although his ability to score and create goals is a bit lacking.

However, it is the Ole Gunnar Solskjær connection that makes the Crystal Palace player a good choice. The Norwegian has handled Zaha at Cardiff City and has maintained high praise for his potential. At 27 years of age, a reunion with Solskjær certainly has the potential to kick-start the most productive years of his career.

This is the alternative that would make the most sense to cope with the post-pandemic economy. Rather than making an expensive gamble with Sancho, United could opt to stick with Mason Greenwood and Daniel James at right-wing. As displayed on multiple occasions this season and particularly during the recent Brighton game, Greenwood is exceptional at the spot and has a great eye for goal with 13 already across all competitions this campaign, not too shy of Sancho’s tally.

Further, while James has received plenty of criticism for his recent performances, he is still only 22 years of age and only just about to complete his first full season in the Premier League. If the Welshman can continue to work on his shortcomings and tap into the kind of form that he displayed early on in the season, he and his electric pace could certainly make a mark at United.

Lastly, the club could realistically be better off spending the money for Sancho’s transfer to sure up some other crucial position in their lineup. Harry Maguire could certainly use a proper world-class centre-back alongside him to fully buttress United’s defense. Likewise, an experienced signing could do wonders to give competition to Luke Shaw and Brandon Williams at left-back.

All in all, while the summer’s biggest transfer may be on the cusp of being derailed, there are still plenty of options for United to consider and play the smart long-term game.