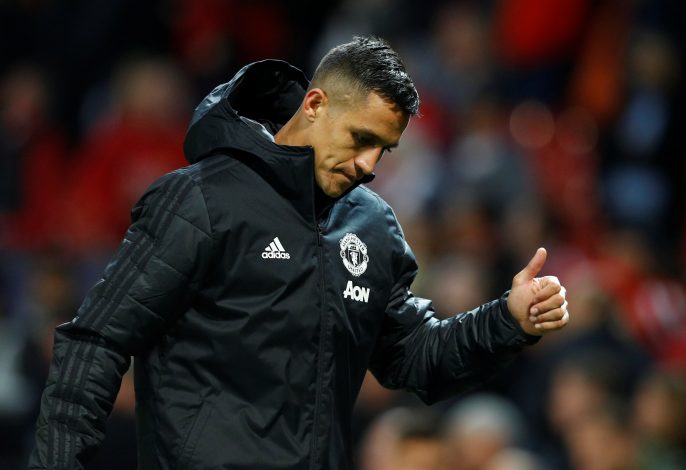 Manchester United will have to take a call on the future of the players they loaned out for this campaign. Amidst these, it is Alexis Sanchez who is the biggest name of some consequence.

The Chilean star arrived at Old Trafford with much hope pegged onto him but was unable to deliver the requisite results despite the eye-catching wages. As such, the season-long loan to Inter Milan appeared to be a wise move.

In the Serie A too, Sanchez wasn’t able to have his full impact due to being injured for the better part of his stay. The most recent impact from the former Arsenal man came during the 6-0 battering of Brescia where he was on the scoresheet via a penalty and also assisted two goals during the fixture.

Such a form may have in part inspired a move that Inter are hoping to make.

According to Goal, Inter Milan are considering making Sanchez’s loan a permanent one with Antonio Conte pleased with what the Chilean can offer to the outfit.

It is believed that the Inter side will offer around €20 million to Manchester United in order to secure the deal. The higher-ups at the Italian club are confident of seeing the move through.

Though Sanchez was supposed to return to United after June 30, the pandemic has seen the English side grant an extension to the forward to ply his trade with Inter until August, but only in the Serie A.

The same source adds that United refusing permission for Sanchez to play in the Europa League should Inter progress to the knockout stages is to ensure that no further risk is put upon the 31-year-old’s fitness. This is being interpreted as a clear sign that the Red Devils wish to sell the player one way or another and do not wish to hurt their chances.