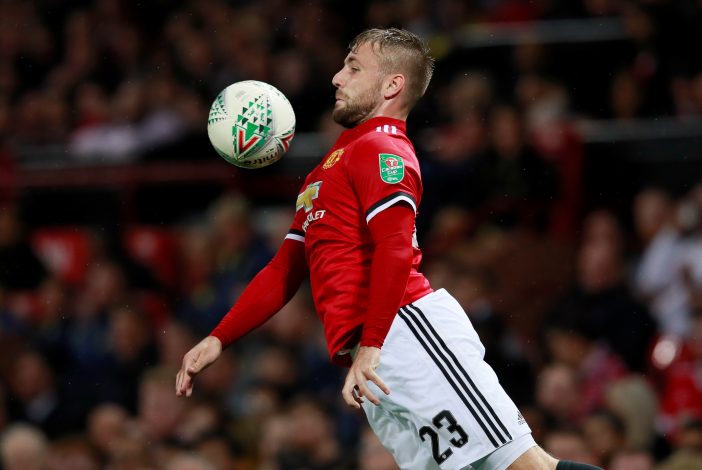 Manchester United’s 16-game unbeaten run simply cannot be overstated in its impact in turning around the side’s fortunes. Prior to it, Ole Gunnar Solskjær was looking at an almost certain sack and even European hopes were a grim affair for the Red Devils.

Now, if they play their cards right, they can finish the season in the top-four of the Premier League and have realistic chances of lifting both the FA Cup and the Europa League.

A host of reasons have been attributed to the club’s runaway success, such as Bruno Fernandes’ impeccable addition, Anthony Martial’s electric form, a fairly good defensive record, and key players like Marcus Rashford and Paul Pogba having recovered over the lockdown period, amidst other things.

However, when one views the constant figure throughout these games, a surprise may be in store.

Luke Shaw is the sole Manchester United player to have started each and every one of the side’s 16-game unbeaten run so far. The left-back has certainly received his fair share of criticism during this period and there have been opinions that the higher-ups at Old Trafford ought to purchase another left-back to give him more competition in the position and soften the chances of the club lacking players given the Englishman’s injury-prone stature.

Nevertheless, even the rise of Brandon Williams from the youth academy has not ousted Shaw from his starting spot since he recovered from his injury and Ashley Young’s exit has certainly helped matters in that regard.

The 24-year-old will be keen on continuing this excellent run of form and provide more to the side as they look to end the campaign strongly.

Harry Maguire and Bruno Fernandes were just as prolific as him in being chosen for the starting lineup with both of them being named 15 times each throughout this incredible run.