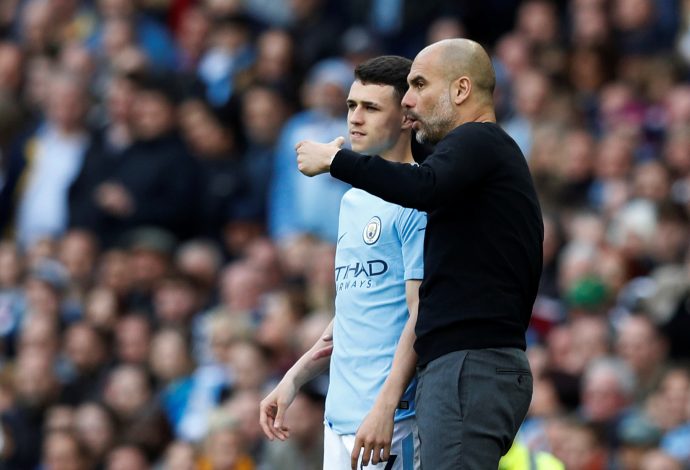 Sparking the hints of that of a superstar, Man Utd starlet Mason Greenwood has been showcasing mesmerising form in front of goal this campaign.

In the last two overwhelming games of the Red Devils, played against Brighton and Bournemouth respectively, the star has tallied three goals and an assist to his name.

Thus by being a crucial part of the recent matches, there has been a hike in the amount of attention he has been receiving from the supporters and the Red Devils’ head coach.

Furthermore, the explosive emergence displayed by the United academy product has been attracting significant praises from influential figures, and now it seems he has caught the eyes of Phil Foden.

Disregarding the rivalry that exists between the related two, the Man City youngster has openly praised his Mancunian counterpart. Sourced from the Daily Mail, the 20-year-old told Premier League Uncut:

“Mason Greenwood, the best I’ve seen finishing wise. He’s both footed. In and around the box, he’s always going to score. High up finishing wise [compared to Sergio Aguero]. For his age, he’s unbelievable. I don’t know how he does it, to be honest.

“Just the right type of shot, you know what I mean. He knows when to finesse or lace it and he shoots quick, the keeper is never stable or set.”

With such prime acknowledgements coming from his direct rival the 18-year-old is expected to be overwhelmed with excitement.

Having received major praises from the likes of Marcus Rashford as well recently, the supporters expect the club manager to deploy the youngster more often, wishing to see more action from the talented forward.

Nevertheless, Premier League fans are eagerly waiting to observe whether he could maintain the consistency in the long run, as the burden of expectations on his shoulders keeps growing.