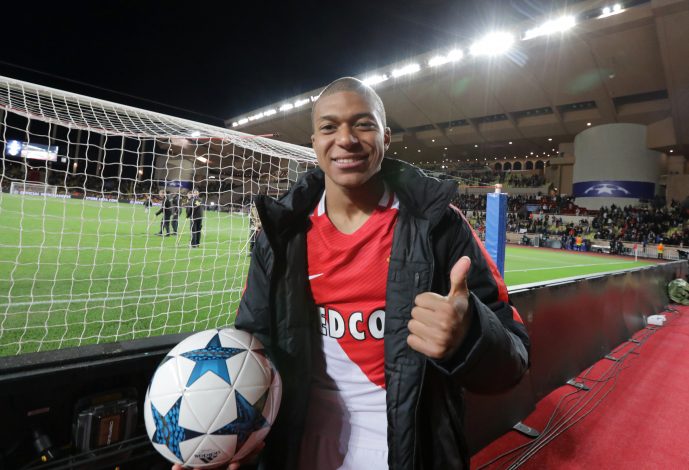 United secured a win away to Aston Villa on the eve of the weekend as Mason Greenwood gets on the scoresheet yet again.

The Red Devils cruised past Villa in with a 3-0 scoreline and 3 points thanks to goals from Bruno Fernandes, Greenwood, and Paul Pogba. United won convincingly despite the usual VAR controversies.

Furthermore, the Old Trafford outfit also became the first side to register four consecutive wins in the Premier League by a margin of three or more goals.

However, despite Fernandes’ contentiously-awarded penalty, it was the 18-year-old who grabbed all the attention. The Englishman took his goal tally for the season to 16, having now scored four times in his last three appearances. A sensational strike just before half-time doubled his side’s league after the Portuguese international scored a penalty earlier.

Naturally, the United faithful on the internet could not stop discussing how good their academy product is. This led to a rather bizarre trending topic as Kylian Mbappe’s name became the No. 1 trending term on Twitter.

The Old Trafford faithful delightfully compared their youth star to the teenage sensation the Frenchman was just a couple of years ago. Some argued that the England U21 international  is already better than Mbappe at the same point in age whilst the rest – mostly rival fans – refused to buy into the trending narrative.

With both sides continuously mentioning the former Monaco man’s name, it is no surprise that his name was trending without even playing last night.

Mbappe is trending why are we so funny 😭😭😭

Greenwood and Mbappe have come face to face once and Greenwood ended up on the winning side.

Greenwood is the new Mbappe. Pogba new contract… sign Koulibaly, Ndidi and Sancho. Wow! We will win everything 🤣🔥

Greenwood’s performance levels at the age of 18 aren’t far off the level Mbappe was playing at when he was 18. Generational talent.

Greenwood is class but stop comparing him to Mbappe after a good run of games.

Nevertheless, regardless of  whether these comparisons are justified, the forward is definitely something special. Being the first teenager to score in three consecutive games for the Mancunians since Wayne Rooney, there’s no doubt about his quality.