The 2019/20 campaign of the Premier League has finally come to its long-awaited conclusion in a grand gameweek with matches featuring every single team.

English football suffered a lot of turmoil brought on by the COVID-19 pandemic but the clubs and players have persevered through it to end the season this week.

There were at least two goals in every single match, with five teams scoring at least 3 goals. Out of the traditional “top-six” only Tottenham Hotspur failed to register a win this week.

And as the end of the season arrived, it brought with it the league’s winners, losers, and everyone else in between.

Let’s sum that up:

It could be argued that there was no top-four race this season. Champions Liverpool and runners-up Manchester City had cemented themselves in the top spots, leaving just the third and fourth spots for the taking.

And with Manchester United triumphing over Leicester City as Wolverhampton Wanderers succumbed to Chelsea at the same time, the Foxes lose out on Champions League qualification after spending nearly ten months in the top-four. The Red Devils finish the season at third place with the Londoners close behind them.

A relatively disappointing end for Brendan Rodgers’ first season back in England, considering his side looked very capable of securing one of those coveted CL spots. 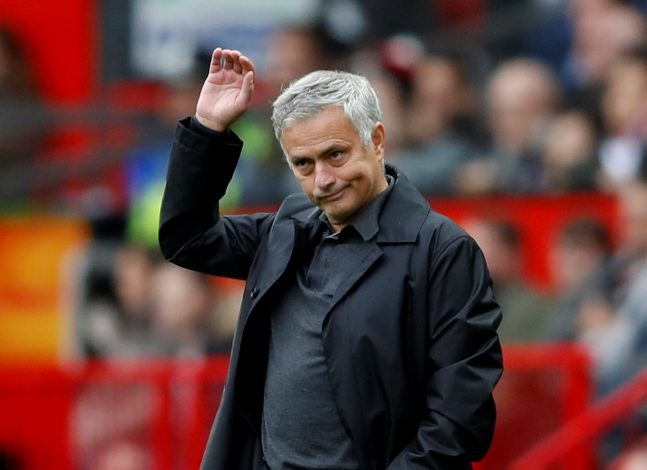 For the first time in two and a half decades, Arsenal have failed to feature in the top-six of the Premier League.

Meanwhile, Tottenham and Wolves secured a place in the Europa League next season. Spurs narrowly finished ahead of seventh-placed Wolverhampton based on goal difference.

Furthermore, the Gunners missed out on European football by 3 points despite winning their final game against Watford and essentially relegating them.

Should the Londoners fail to defeat rivals Chelsea at Wembley in the FA Cup final, it’ll be their first-ever season since the pre-Arsene Wenger era that they’ll head into a season with no European football.

The Hornets suffered a 3-2 defeat at the hands of Mikel Arteta’s side meaning they will have to play in the Championship next season. Joining them are 18th placed AFC Bournemouth and last placed Norwich City.

Norwich experienced a very harsh 5-0 defeat at the hands of Pep Guardiola, meaning they return back to the second division of English football after just one season in the top flight, whilst registering a meager 5 wins.

Meanwhile, Aston Villa looked as if they’d be joining Norwich, but managed to escape by 1 point.

On the other hand, EFL Championship winners Leeds United and second-placed West Bromwich Albion have confirmed their promotions to the top flight.

Awards of the Season

Pierre-Emerick Aubameyang’s final push for the Golden Boot was just one goal too less. Danny Ings and the Gabonese international finish the season with 22 goals each as Jamie Vardy steals it home with 23 goals this season, the oldest player to have won it.

Manchester City’s 5-0 win means that Ederson wins the Golden Glove this season with 16 cleansheets retained. A very poor reflection of his performances this season as he was directly responsible for several points dropped throughout the campaign. Nick Pope misses out on the award by just a single cleansheet.

With records equaled, Kevin De Bryune takes home the Premier League Playmaker of the Season award following a stellar season of 20 assists, a nearly unprecedented feat. The second place holder Trent Alexander-Arnold pales in comparison with 13 assists; which by full-back standards would be an astronomical number, to begin with.

Records of the Season 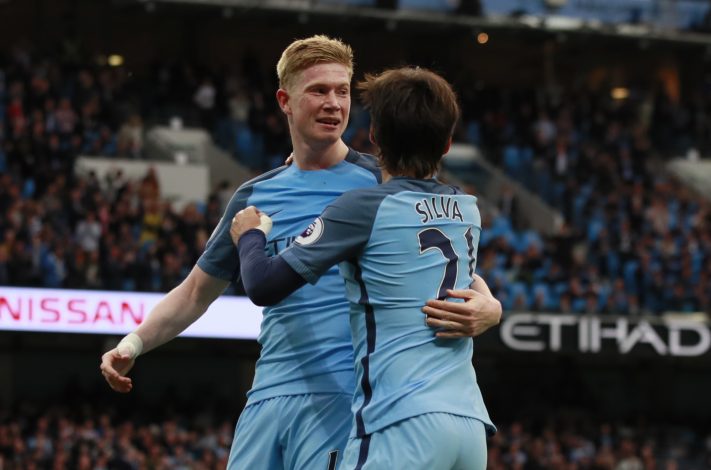 De Bryune’s 2 goals and an assist today means that after almost 18 years, a player has finally equaled Thierry Henry’s assist record. The Belgian international registered his 20th league assist of the season at the very end, summing up one of the best campaigns from a midfielder in recent history.

The Belgian is incredibly also one of the only two players who have registered double digits for both goals and assists in the league this season alongside Mohamed Salah.

Meanwhile, the Champions missed out on equalling the 100 points record set by City. The Reds narrowly lost the opportunity by one point. Arteta shocked Liverpool with a win at the Emirates a week ago; a fixture that could’ve gifted Jurgen Klopp the new points record if they had won it.

David Luiz has set a rather embarrassing record on the final day of the season after giving away yet another penalty. With 5 spot-kicks given away this season, Luiz now holds the record for most penalties given away in a single Premier League season.

The Cityzens meanwhile dominate both attacking and defensive records this campaign with most goals scored and most cleansheets kept. Guardiola’s win on Sunday means his side end the domestic season with 102 goals scored in total, leaving the league winners far behind.

Moreover, the Mancunians also managed to keep the most cleansheets with 17.

The best league in the world will return in less than 2 months on the 12th of September. Although we have yet to completely overcome this pandemic, fans can hope the 2020/21 season can progress with minimal issues.