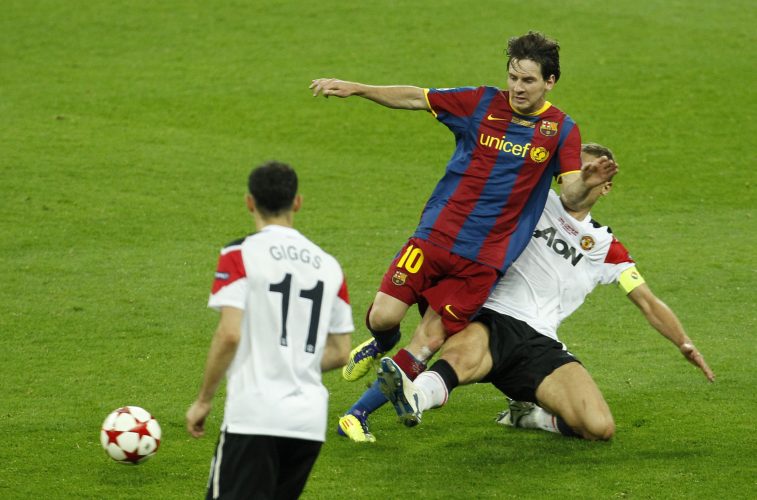 One of the significant fixtures that Sir Alex Ferguson and certainly Manchester United supporters still face trouble forgetting would be the 2011 Champions League final.

Pep Guardiola was operating in his prime, leading Barcelona to the celebrated silverware, as they got the better of the Red Devils with a convincing scoreline of 3-1. Moreover, it was the second time in three years the Mancunians lost to the Spanish side in a Champions League final.

The legendary gaffer himself had acknowledged the defeat and subsequently showered high praises for his Spanish opponent back then.

Regardless, one of the Red Devils who operated in the game has recently revealed that he was not satisfied with the manager’s approach to the final.

Wayne Rooney, who had registered his name on the score sheet in the fixture, has openly criticized the Scottish gaffer’s tactics in the cup final. The striker also claimed that he believed all the players were aware of the flawed decision.

The talented forward wrote in Sunday Times: “We lost two Champions League finals going toe-to-toe with Guardiola’s Barcelona, by trying to press high and get round them, which was suicidal. I remember Alex Ferguson saying ‘we’re Man United and we’re going to attack, it’s in the culture of this football club’ and thinking ‘I’m not too sure about this’.”

Rooney went on to add how the opinion was not just an individual one: “I think all the players knew, deep down, it was the wrong approach, that we were abandoning the way that had brought us success in that 2008 semi-final – and sure enough both times we got outplayed There is being true to the club, but then there’s sitting back afterwards and thinking ‘we lost’.”