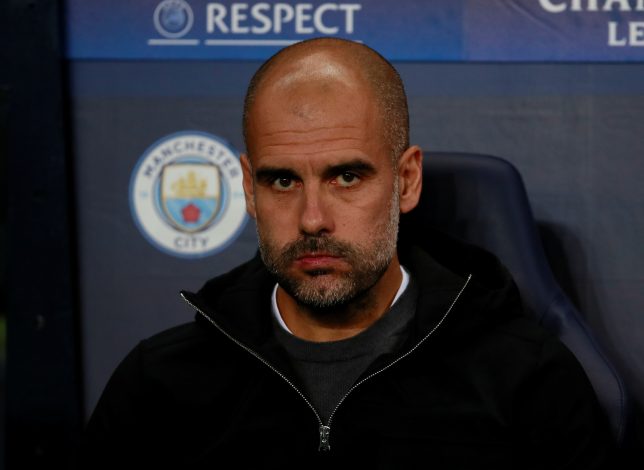 Kevin De Bruyne cancelled out Maxwel Cornet’s opener with a brilliant team goal in the 69th minute, but Moussa Dembele came off the bench to score in the 79th and 87th minutes to give Lyon a stunning 3-1 win in Lisbon.

Rudi Garcia’s side will face Bayern Munich in the semi-final on Wednesday.

Here’s some of the best Twitter reaction from yet another dramatic quarter-final tie:

Pep Guardiola has spent £750m at Manchester City since joining the club in 2016 and has still yet to go further in the Champions League than David Moyes for Manchester United in 13/14. If I speak..

Pep Guardiola’s Man City in the Champions League after spending over £700m:

The best three Premier League managers of all time. None of this Pep Guardiola nonsense. pic.twitter.com/M0k9OTsLO6

Pep is so weird. Why in every UCL knockout game does he feel the need to randomly change his lineup and tactics like a 12 year old experimenting with Football Manager for the first time? There’s something not right in his big bald head

Including the European Cup, on only one previous occasion, there were 0 teams from Spain, Italy and England.

While a good chunk of the reactions pointed out the sheer brilliance with which the Ligue 1 outfit operated, there were quite a few comments on the stage of the final four sides too.

With the French sides generally ignored as the “farmer’s” League as opposed to the oft hyped Premier League, City’s ousting marks an interesting precedent in the competition. This time around, there are no teams from Spain, Italy, and England to make it to the final four.

Similar questions were also raised of Pep Guardiola whose tactics were largely expected to trounce those of the opposing side. What does this bode for his immediate future at the Etihad?

Lyon have now squashed two giants in the form of Juventus and Man City on their way to the semi-finals and they may just engineer another upset soon.