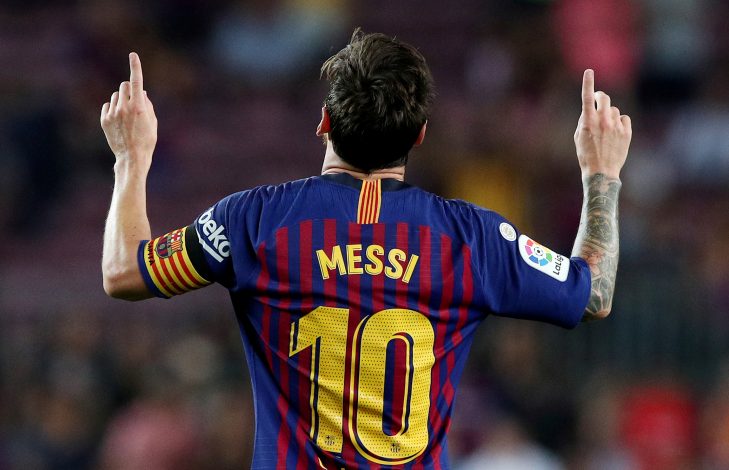 Lionel Messi may not remain a Barcelona player come summer.

The massive 2-8 defeat that the La Liga giants had to face recently against Bayern Munich in the Champions League won’t be an easy one to contain, with manager Quique Setien already expected to lose his job over the ordeal, amidst other reasons.

However, Barca could have bigger worries on their hand if the latest claims from elsewhere are to be believed.

According to journalist Marcelo Bechler, Lionel Messi wishes to exit the Camp Nou right now and not in 2021. While this has been expected and even murmured prior, the report is the first concrete possibility of something potentially taking place in the short summer transfer window left ahead.

What makes this claim even more important is that the journalist in question was the first to break the news of Neymar Jr’s sensational transfer to PSG back in 2017. This time around, however, an even bigger deal may be on the cards.

Messi’s goal-scoring prowess and other aspects of brilliance will easily make him the transfer of the year.

However, that will also limit the sort of clubs who can realistically afford his wage bills, with the La Liga side themselves facing financial burdens in that regard. The post-pandemic economy will further complicate matters there as well with one questioning just how quickly a substantial deal can be drawn up in the days to come.

Further, with Messi’s Argentine compatriot Mauricio Pochettino touted for the top spot at the Camp Nou, it remains to be seen whether his potential addition will impact the 33-year-old’s alleged choice to leave his boyhood club with whom he has scripted several pages of history.

If even an iota of this claim is indeed true, the warning bells will be tolling loudly at the Catalan outfit and measures will have to be taken.