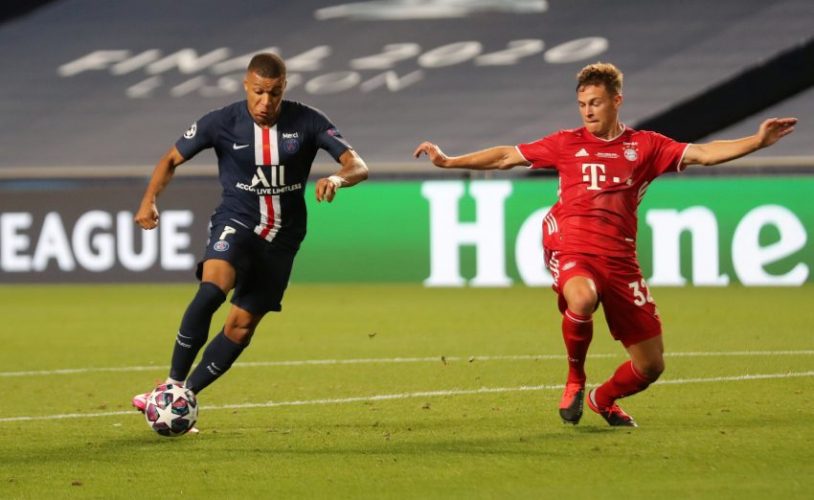 Miguel A. Lopes/Pool via REUTERS

The game was one where several goals were expected but it ended up being a 1-0 affair in Lisbon with Kingsley Coman netting the winner with a superb header.

However, that wasn’t the only attempt of the spectator-less final with several notorious ones also being made, including those that fans won’t be all too happy with.

Kylian Mbappe’s dream of lifting the Champions League title aged just 21 was perhaps undone by his own underwhelming performance on Sunday.

In fact, fans have zeroed down on one specific miss of his to critique just how poorly the game went for the Frenchman. The squander in question came in the first-half when Ander Herrera had made the most out of a clever string of passes and gifted the ball to the youngster.

However, instead of burying it in the back of a goal using a clever flick, Mbappe elected to strike it straight at Manuel Neuer who made no mistake in saving the attempt.

Mason Greenwood would have buried it. pic.twitter.com/K746YgvaBk

about to get pissed off at kylian mbappe’s performance tonight, let me just do a quick google…

The inconsistency was disappointing on other occasions as well when his runs were impressive but the finishing was appalling. In a separate encounter with the Bayern Munich keeper, even though Mbappe was in an offside position, his attempt was still effectively blocked by the German.

The reactions say it all, although given his age it is certain that there will be plenty more chances for him to make the final his own, having already gotten a spoilt taste with the World Cup in 2018.

As for PSG, they would have certainly fancied their chances after waltzing their way to the finals and now they’ll just have to put this effort in the future too to try their hand at what seems ever-elusive.