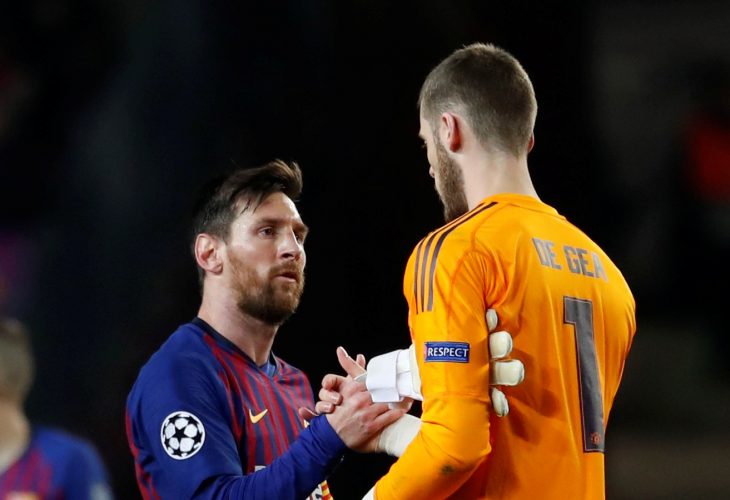 Barcelona’s embarrassing end to the season with a heavy 8-2 defeat to eventual Champions League winners Bayern Munich didn’t go down well with the Argentine superstar. Add to that a general level of unease at the club’s hierarchy, a trophyless season, a new manager, and several financial woes and the Camp Nou doesn’t seem like the best possible place for Messi to remain at.

However, the cult of his personality and the bulk of his wages makes it a given that only a financially secure side can seek his services and that the post-pandemic economy isn’t helping matters in that regard.

Despite that, Deportes Cuatro claim that the Premier League side have approached Messi over the possibility of signing him in the transfer window.

According to the report, multiple clubs desire to acquire the 33-year-old goalscorer and playmaker but that United are “best-located” to secure his signature. In the same regard, it is understood that the Old Trafford outfit have started the process that could materialize into the transfer.

However, it is unclear how the same would occur though, given Messi’s enormous release clause with the La Liga giants and the purported financial inability that the Mancunian side are facing in even seeing out Jadon Sancho’s transfer fee.

At the same time, Messi is a proven player whilst Sancho is not and even at his age the talent is out there, and as such Ole Gunnar Solskjær may be fancying his chances after all.

It is unclear whether or not Ronaldo Koeman will be able to instil within the player a desire to continue his stay at his boyhood club but uncertainty does haunt the atmosphere around Camp Nou.

In the end, all factors may make is very dubious that any deal can be realized this window but stranger things have occurred.