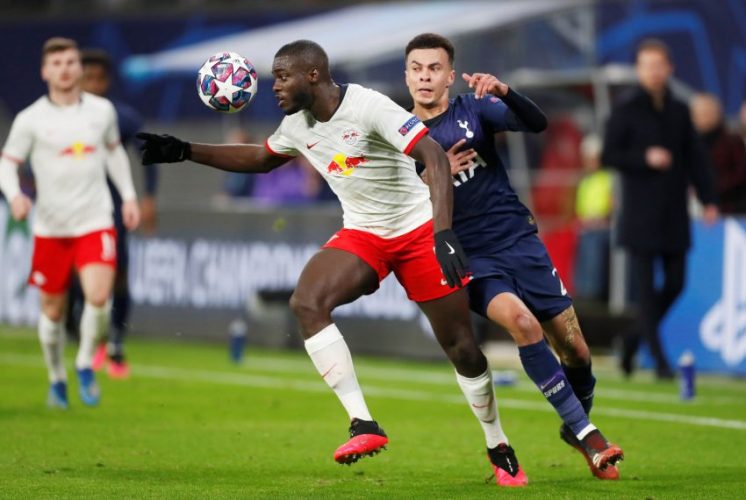 The Red Devils were slow to start their businesses in the transfer market, frustrating fans. But United seemed to have warmed their engines up as they shift their focus toward the RB Leipzig defender after wrapping up the transfer of van de Beek. A deal for the Dutch international has been agreed for a figure around £40 million.

According to ESPN, Ole Gunnar Solskjaer is now targetting Upamecano in an attempt to strengthen his defense. For now, the Norwegian is said to be prioritising bolstering his side’s defensive prowess as negotiations with Borussia Dortmund for Jadon Sancho began to stall.

On the other hand, the Frenchman looked to have finally decided to extend his stay at Leipzig after agreeing to a new deal not too long ago. But the defender’s new contract reportedly includes a release clause worth €42 million, which can be triggered after the conclusion of the 2020-21 campaign.

Nevertheless, Solskjaer wants his target imported during this window and there is said to be a belief that the Mancunians may manage to prize him away before deadline day on October 5.

The Premier League giants will also look to offload the likes of Chris Smalling, Marcos Rojo, and Phil Jones in order to accommodate any incoming defenders. In contrast, Victor Lindelof, Eric Bailly, and Axel Tuanzebe are all expected to stay.

The 21-year-old is one of the most highly-rated defenders in the Bundesliga and managing to secure his services would be a top piece of business from the Old Trafford outfit. All that needs to be seen is whether the former Cardiff City manager can develop the centre-back effectively should he end up making the switch.