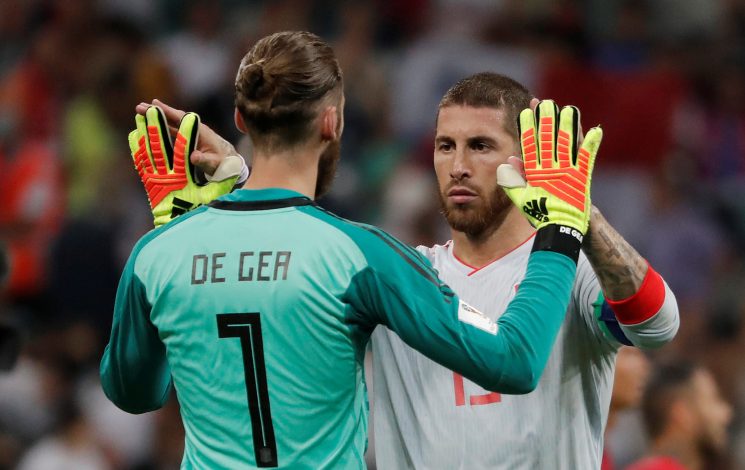 Spain scored a stoppage-time equaliser as they drew 1-1 with Germany in the Nations League.

Timo Werner opened the scoring for the Germans in the 54th minute. However, Spain levelled things up in the 95th minute through Valencia left-back Jose Luis Gaya.

David de Gea, who has been subject to increasing criticism for his performances for Manchester United in recent months, also played a key role to earn La Roja a point in Stuttgart, as he made a number of fantastic saves to keep his side in the game.

Fans took notice of the performance and stormed Twitter with their reactions.

David de Gea was @WhoScored‘s Man of the Match against Germany for Spain this evening, making seven saves in the 1-1 draw #mulive [whoscored]

De Gea back in business as soon as Henderson tells him to come outside?? We can’t beat this guy

De Gea when he heard Henderson wanted to take his no1 spot pic.twitter.com/1cvaZ5SWP1

De gea when he saw Henderson isn’t going to be going on loan anymore pic.twitter.com/TfU9MQaxZT

“He [De Gea] has played a lot of games like this in England,” the Spain manager said post-match.

“We monitor him exhaustively, but he and Kepa are in the news if they make a mistake. They’re used to it. With the game he’s played we should be saying what a great goalkeeper we have.

“I’ll encourage them to not fall apart and it’s a position that I demand a lot from. But because the press give them such a hard time, I treat them more affectionately. They both know that their mistakes are more noticeable than those of other players, but they’re used to it.”