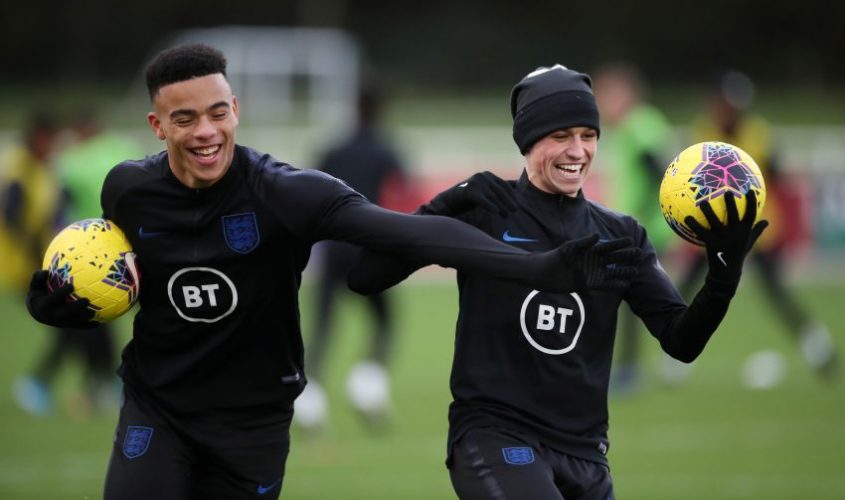 Harry Kane is impressed by Mason Greenwood in training.

Man United certainly had an excellent addition to their squad when Mason Greenwood was given the senior team promotion last campaign.

His many goals added a lot of confidence to the outfit with his age matching records that were held by none other than Wayne Rooney and George Best.

At just 18 years of age, Greenwood now has another feather to add to his cap with an England call-up that could materialize during their outing against Iceland in the UEFA Nations League on Saturday.

In addition to the fans, one of Greenwood’s compatriots was also impressed by him.

Harry Kane has positive words for Mason Greenwood after training with the starlet, as the Tottenham Hotspur player and England captain opined during a press conference.

The reaction comes as no surprise given just what the United academy graduate is capable of.

Kane states: “You can tell he is full of confidence as a player. Not afraid to shoot, not afraid to take players on, that is what we want.”

Kane too was impressed by the teenager’s knack for two-footedness and a hunger for scoring that he as a striker can certainly appreciate. Greenwood’s finishing style has also drawn comparisons to Robin van Persie.

Under the tutelage of Ole Gunnar Solskjær at Old Trafford, he is expected to develop even further and blossom into a full striker down the line.

When and if that happens, the 27-year-old Kane may just find his own spot in the squad threatened.