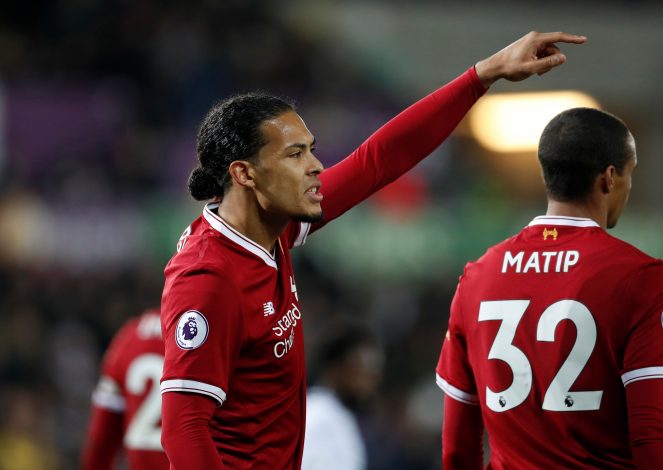 Liverpool narrowly escape with 3 points against Leeds United on opening day as Virgil van Dijk made things difficult for his own side for once.

The Dutchman made an error leading to Patrick Bamford’s equaliser, making the scoreline level with two goals each. But ultimately that was not enough as the Reds emerged victorious as the scoreboard stood at 4-3, thanks to a Mohamed Salah hat-trick.

Van Dijk’s mistake means that no outfield player in the Premier League has made more errors leading to goals than him since the start of the 2018/19 season.

It is quite odd to see someone who is often regarded as the best in his position top such a negative stat.

Former Aston Villa man Gabriel Agbonlahor went on to insist that the Liverpool talisman does not deserve to be compared to the likes of Rio Ferdinand and Vincent Kompany. Agbonlahor was likely hinting that frequent errors are holding the centre-back back from that level of players.

However, at the same time, it is hard to name a defender who has been as good as the Dutch international in the past three or so years. It is quite normalised for the former Southampton star to be regarded as the best in the world.

However, as the ex-Villa striker opined, comparisons between all-time greats and VVD is indeed quite premature. The towering centre-half has barely been performing at this level for 4 years, and although trophies came soon after the world record transfer, longevity is something that is still left unproven.

The Liverpool superstar is already 29 and in his prime; unless he performs at the same level and consistency – as he does now – for quite a few more years into his career, a case for him being on the level of Ferdinand, Kompany etc. cannot be made.