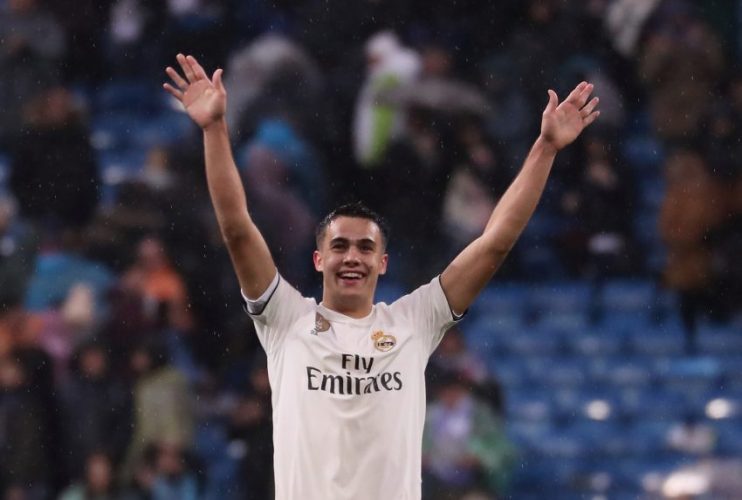 Sergio Reguilon could easily end up at Manchester United should the talks between the two clubs go well.

Over the past few days, the likelihood of the Spanish left-back joining Old Trafford has seemed immense. Rumours were floating all around the place especially after the Red Devils confirmed the signing of Donny van de Beek from Ajax.

However, the leap from an existing interest to concrete contact between parties seemed to be on the more uncertain stage.

As such, the latest update seems to provide some clarity and one that supporters of United may even interpret in a positive light.

According to Fabrizio Romano, negotiations are currently underway between Manchester United and Real Madrid over the potential transfer of Sergio Reguilon.

It is understood that the only thing pending for a “total agreement” to occur is disagreement over the buy-back clause that the LaLiga giants wish to include in the contract of the 23-year-old. Incidentally, this was the same contractual tool through which Alvaro Morata was repurchased from Juventus by Los Blancos back in 2016.

As such, it is a no-brainer that Ole Gunnar Solskjær and company are not eager on this clause and that it is the point of contention at the moment.

Further still, Romano adds that the left-back and his agents are positive about the deal with the player himself eager to make the switch.

Reguilon will be an ace addition to the Mancunian roster, especially given how injury-prone Luke Shaw has been and the relative youth of breakthrough academy-graduate Brandon Williams. The Spaniard’s potential acquisition is in line with the Norwegian’s general direction to seemingly populate most positions with multiple viable options.

If it does go through, the deal would certainly place the Red Devils with a versatile roster that can be steadily improved upon.

← Gareth Bale: The Loan That Could Solve Man United’s Pressing DilemmaWhat Fans Are Saying About Shaw As Reguilon Goes To Tottenham →