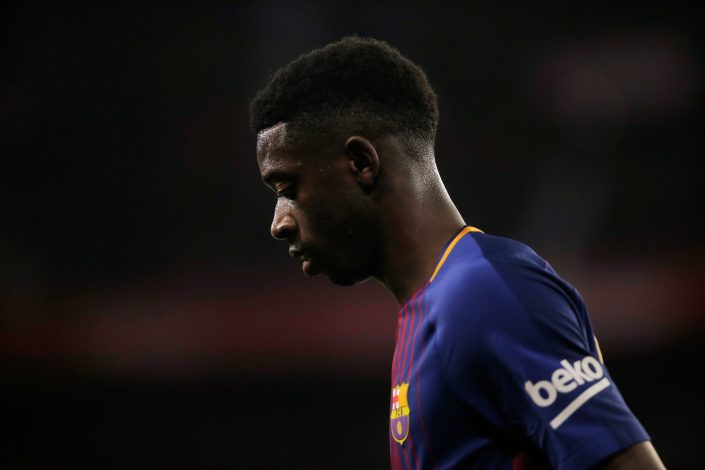 Ousmane Dembele could be on his way to Manchester United after Paul Pogba took it upon himself to convince him to make the switch.

The Red Devils made Jadon Sancho their top priority for this summer but an agreement with Borussia Dortmund has not been reached due to the difference in valuation of the clubs involved.

Consequently, Ole Gunnar Solskjaer’s side have shifted their attention towards the Barcelona youngster.

The Mancunians will be pushing to complete the move before the upcoming deadline day after finally convincing Dembele to agree to a loan deal.

It is believed that the Frenchman was weary of signing for the English giants, but was convinced by Pogba via a phone call, according to Mundo Deportivo. The midfielder reportedly insisted that French speaking players such as Anthony Martial and Eric Bailly would help him settle in whilst also pointing out the ambitious road the club wants to take.

Moreover, the former Juventus star highlighted that his compatriot will be given more opportunities in England than he currently lacks at Barca following the emergence of Ansu Fati. Plus, the added game time the ex-Dortmund star would receive at Old Trafford could boost his chances of making Euro 2020 squad.

And according to ESPN, it worked wonders and now the winger is convinced a move to England could prove beneficial.

However, the details of the transfer for the 23-year-old is still not completely clear. A year-long loan deal is looking very likely as things stand.

Although it does look like a very risky signing when the forward’s injury woes are put into context, his talent is undeniable.

← Juan Mata: ‘Donny van de Beek Understands Football In A Way That I Like’Angel Gomes Scored One Of The Best Goals Of The Season After Leaving Man Utd →