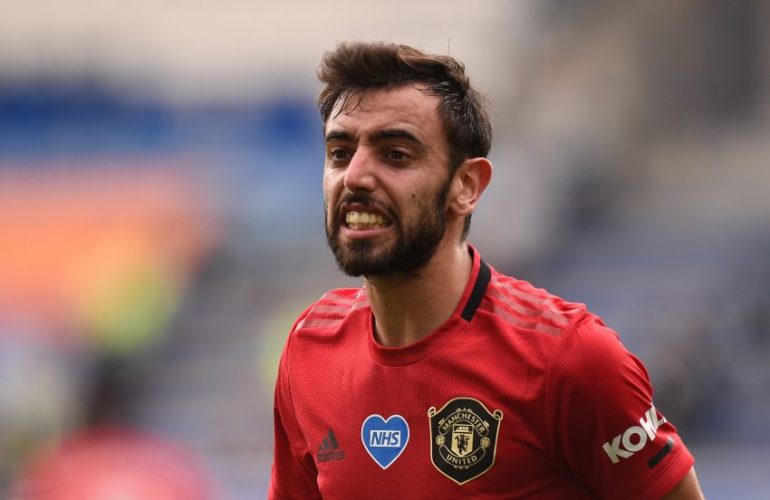 The Portuguese midfielder fired the Red Devils ahead early into to the game via a calmly converted penalty.

However, celebrations did not last very long as Tanguy Ndombele equalised less than two minutes later with Son Heung-Min converting the score to a lead for his side not long after. By the time the half-time whilst blew, the visitors were already up by 4 goals to United’s lone goal.

This reportedly left Fernandes fuming as he stormed into the tunnel. According to an unnamed source that spoke to the Mirror, the midfielder was very loud as he expressed his disappointment and anger.

The source reportedly said: “You couldn’t help but hear him.

“He was clearly in a rage after having a face like thunder when he raced down the tunnel.”

Furthermore, the former Sporting star “laid into” his teammates, accusing them of not being upto the expected standards of the great club. There were also said to be multiple raised voices but the Portuguese international’s voice seemed to be leading the rant.

Though it is unclear whether it was due to a reported bust-up with Ole Gunnar Solskjær or not, the attacking midfielder was substituted for Fred before the second half commenced. After which the United players walked back into the tunnel holding a very bitter 1-6 defeat at the hands of Jose Mourinho.

Encouragement and inspiration is vital to a team when it struggles but Fernandes’ reaction was understandable. The ex-Sampdoria man showed his winners’ mentality in this instance as passion took over him. The 26-year-old made it apparent what the standard at the club should be and how the team failed to uphold the badge’s prestige.

A true leader in the dressing room.