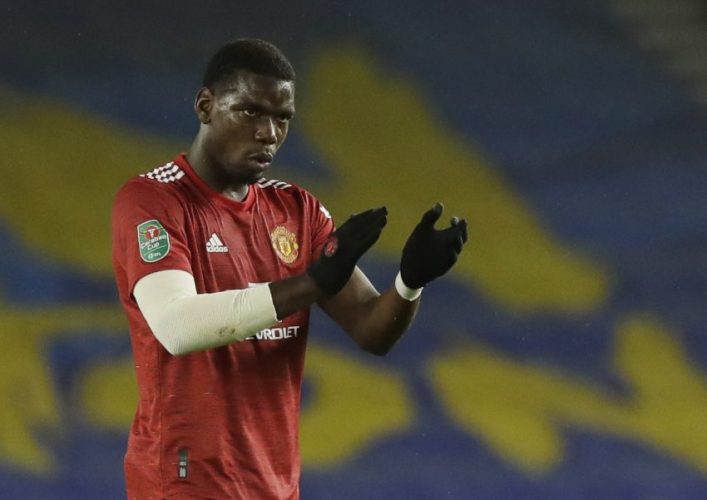 With an ample amount of confidence reflecting on the scoreboard, Manchester United have finally walked away with three points last night as they took on Steve Bruce’s Newcastle United.

The entertaining match ended 4-1 in the favour of the away team, their every goal coming from distinctive players. Nevertheless, what ignited a spark of curiosity amongst the supporters was how Paul Pogba was dropped out of the starting XI.

Despite consecutive appearances in the start of the season, the Frenchman failed to make it to the pitch until the 69th minute, when he was subbed in replacing Fred in the midfield.

In view of the fact that his recent performances were not quite up to his prime standards, the Old Trafford faithful had been of the opinion to drop him out of the squad for the fixture, which had led the majority to believe that was indeed why the talisman was off the pitch, deeming it as a tactical decision.

However, the United attacker had come off the bench in his international fixture to get himself adequate attention as his long pass led to Lucas Digne setting up Kylian Mbappe’s 79th-minute winner against Croatia.

Therefore, Ole Gunnar Solskjaer was forced to shed some light on the case following the final whistle, who told Sky Sports that Pogba was out because of trifling injuries he sustained while being away on international duty.

As per the Norwegian manager, the 27-year-old had picked up hip and back problems, which when added with the fact that they have some big games coming up, led him to believe the playmaker should rest for the bulk of the game.

Nevertheless, the fans are excited about the massive win and a nail-biting game, expecting the win to have provided the players with sufficient confidence to put up a good fight against PSG in the upcoming Champions League fixture.