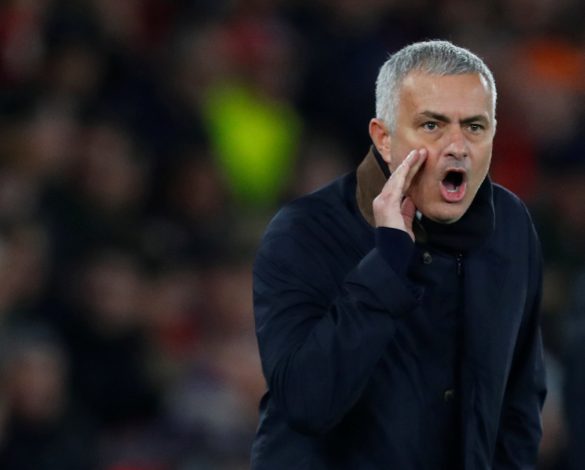 Tottenham Hotspur threw away a virtually indomitable lead on Sunday as their encounter against West Ham United ended 3-3. A goal from Heung-Min Son in the first minute itself set the ball rolling for Jose Mourinho’s side.

Further, within the 15th minute their victory seemed like an assured affair as a Harry Kane brace took them to 3-0. However, Spurs failed to see the game through.

The Hammers kept their cool quite well and notched what appeared to be a consolation goal at the time via Fabian Balbuena. Three minutes later Davinson Sanchez netted an own-goal to make it 3-2.

However, their biggest shock came just as late as their opener was early. In the fourth minute of added time, Manuel Lenzini secured a hard-won point with his goal.

Thirty minutes ago United shouldn’t have sacked Mourinho and Tottenham were winning the league and now they’ve just drawn 3-3 with West Ham. pic.twitter.com/k8Vkx6dUWK

Giorgio Chiellini knew what he was talking about, didn’t he … pic.twitter.com/u9xq4Sbllv

If there’s one club in world who can be 3-0 up in the 82nd minute of the game, and still weren’t able to walk away with the 3 points, then it’s Tottenham Hotspur. pic.twitter.com/8DCgVMg1Kp

Jose Mourinho outside Real Madrid’s stadium tomorrow looking for a refund on the Gareth Bale. pic.twitter.com/8eYxYEHtMP

Mourinho won’t be pleased with this at all, especially given how confident his sides usually are in seeing fixtures through once a major lead has been established.

Further, the fact that this unexpected draw comes at the back of a clean 6-1 win over Manchester United before the international break won’t help matters either.

Incidentally, this isn’t the first time that the London outfit have dropped points in the Premier League after leading 3-0 at half time. A memorable encounter from back in the 2001/2002 season saw them lose 5-3 to United from an identical position of dominance at half time.

It will be interesting to see how they bounce back from this unexpected result in the European week ahead.