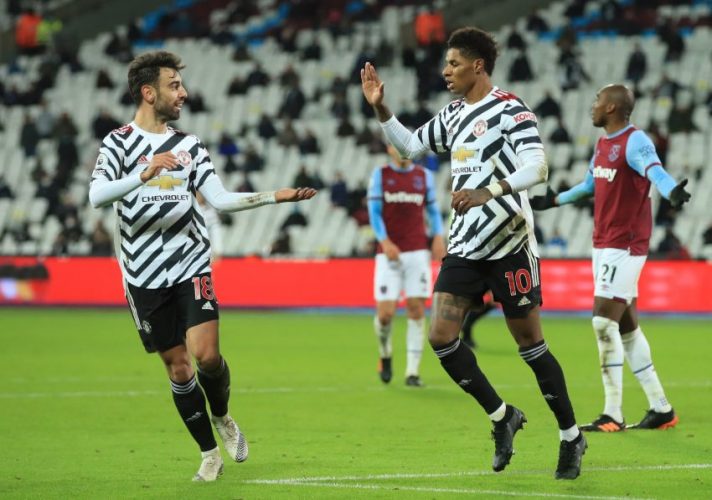 That Bruno Fernandes is a good player has been long established. It is close to a year that Manchester United acquired the Portuguese midfielder from Sporting and in that period he has genuinely gone on to become one of the best players to have graced Old Trafford.

As of recent, his form has really picked with prolificacy in front of goal and a creative tendency ensuring that he rarely goes a game without giving in a goal contribution.

During Sunday’s outing against West Ham, the midfielder went above and beyond with his impact from a short cameo nurturing a Premier League record.

Bruno Fernandes created 8 chances from open-play during the second half of the game. This number in itself is quite mind-boggling. What makes it even more special is that this is the highest made by any player in the Premier League this season.

He created more chances in 45 minutes than most players created in 4-5 games. pic.twitter.com/58dDzElbXg

Realistically how can you be a Man Utd fan and have a Bruno Fernandes agenda? Without this guy playing we are not even a football team 😭

So Bruno Fernandes created more chances in 45 minutes tonight than any player has created for Chelsea in a game in the past 5 seasons? Wow. https://t.co/h7FjsZ1avX

To further the brilliance of this achievement, Fernandes with his short time on the pitch actually created more chances than all of his Manchester United teammates combined who could only muster 6 to their name. His touches and recoveries were also excellent. His key assist to Paul Pogba was instrumental in kickstarting the 3-1 comeback.

The fact that he was supposed to be rested for the fixture having picked up a slight foot knock during the PSG game speaks further volumes of his raw impact.

If a slightly injured Fernandes with just half a period of normal time can do this much, then his total impact in the games to come simply cannot be fathomed.

At the same time, the second aspect of that statistic does point to just how reliant the Red Devils are on the 26-year-old. Ole Gunnar Solskjær and company will have to figure out a way to make the most out of his skills whilst not bogging him down to incredible levels of fatigue.