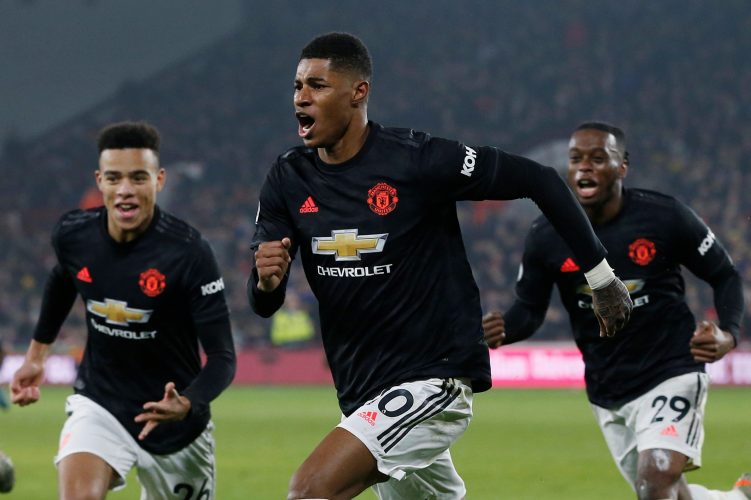 Manchester United cemented their spot as comeback kings in addition to adding to an exceptional away record as they defeated Sheffield United 3-2 on Thursday.

The Red Devils conceded early when a Dean Henderson error saw David McGoldrick score in the 5th minute. Marcus Rashford was emphatic in his response with a goal in the 26th minute. The same half also saw Anthony Martial open his scoring in the Premier League as he netted in the 33rd minute. Rashford completed his brace in the second half and the celebration of the away side was in some doubt for a while when McGoldrick scored once more in the 87th minute.

Part of the reason why the Old Trafford outfit have been good at coming back from a losing position this season is that they have been conceding goals far too early far too often and easily. Silly errors have been their undoing in numerous games and it can be argued that both goals conceded in this fixture were easily avoidable mistakes.

While a flurry of offensive talent upfront makes this not too big of a worry, the club cannot afford to do this more often.

The electric front-two have retained their mojo at last and this game was evidence of it. Last campaign saw exceptional goal-scoring numbers from both youngsters and with this fixture that trend may be on the return.

Martial’s goal was in addition to his assist to Rashford’s winner, with the Frenchman also creating 3 chances, the most of any Red Devil on the pitch. Rashford, meanwhile, is intent on netting those goals and such chemistry spells good things for Ole Gunnar Solskjær’s fortunes going ahead.

A bitter rivalry from the past will be reignited when the Red Devils take on Leeds United at Old Trafford on Sunday. While the derby will lack the spark of the past given that Leeds are currently in 13th position and struggling a little bit, the importance is vital for the home side.

Essentially, with five points shy of the top spot and a game in hand, Manchester United could realistically target the Premier League title this campaign with their Champions League ambitions abandoned. In order to do so, Solskjær and company will have to post an iconic performance on Sunday, making their intent clear.