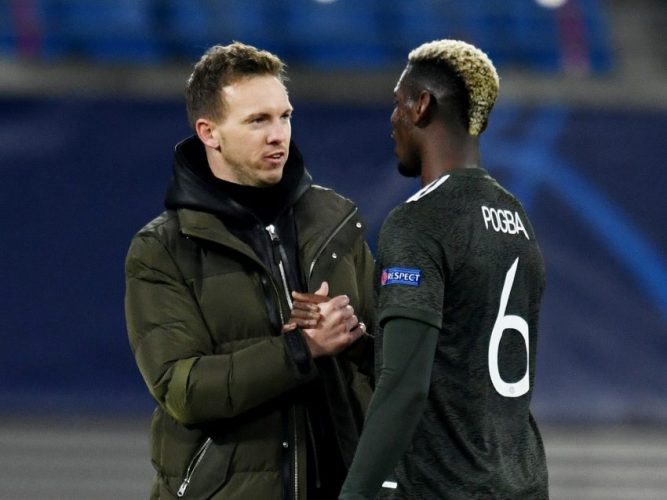 Ole Gunnar Solskjær fielded a winning formula yet again as Manchester United engineered a slim comeback to win 3-2 against Sheffield United on Thursday.

The 10th consecutive away win saw the Red Devils concede early via David McGoldrick’s 5th minute opener. The Irish striker also scored in the 87th minute but by then a Marcus Rashford brace and an Anthony Martial goal had secured the three points for the Mancunian outfit.

The game saw plenty of fluidity for Solskjær’s side in the midfield and up-front even as the defence continued their proneness to making errors. In particular, fans were pleased with the manner in which Bruno Fernandes and Paul Pogba linked up in the middle of the pitch in the buildup to a beautiful goal.

The duo, given a rare double start, was really prolific and the numbers between them said it all. Pogba was particularly effective with his assistive pass to create Anthony Martial’s goal as well as the attractive bit of footwork and passing in the buildup to Rashford’s eventual winner.

Fans stormed to Twitter to make their appreciation known.

That is an insanely good team goal from United. Pogba 360 turns past a couple of Sheff Utd players and then Bruno, Martial and Rashford combine brilliantly to give United a third. What a goal. 1-3!

Michael Owen: “How Ole hasn’t played Bruno and Pogba together more is unbelievable. They have to find a way of playing them together more” [Prime Video]

Tactically, the team goal was a thing of beauty. Pogba’s skilful footwork initiated the counter-attack as did his effective pass. From thereon, it was Fernandes with his cheeky flick who ensured that the ball did not go to waste.

While Rashford’s workrate in ensuring that the goal was netted cannot be denied, the effort of the two midfielders was quite something too.

It is clear that the Frenchman is targeting a return to form even as uncertainty surrounds him off the pitch. As such, Solskjær will have to once more make the key choice to deploy the two talented midfielders in a manner that makes the best out of their skillset while also complimenting the overall ethos of the team.