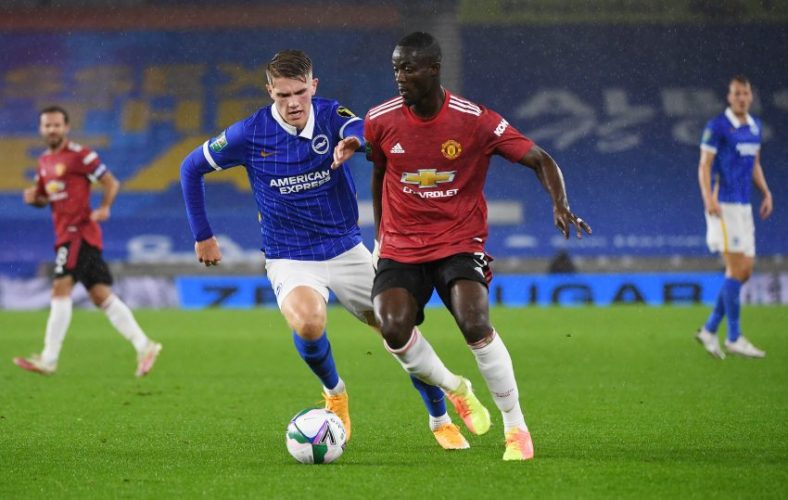 The Red Devils were valiantly held at bay by Nuno Espírito Santo’s men until the climax of the match, at which point the hosts finally found a breakthrough via a deflected shot from Marcus Rashford.

However, one of the biggest reasons United managed to stay in the match for that long was Bailly. The Ivorian international was solid in defence and kept Wolves from scoring a goal or worse, an equaliser. The centre-back is slowly making his way back to his best and has already proven his worth to the fans and – likely – the manager too.

The supporters were especially happy to see the Ivorian shake off the ghosts of his injury woes and pick up where he had left off.

Bailly is too good – plays 3 games in 6 days after nearly 2 months out, keeps us 2 clean sheets, drops 2 MOTM performances and pockets an in form Calvert-Lewin and Neto.

Not to mention how funny he is. Lord protect this guy from injury at all costs, box office footballer. pic.twitter.com/PdBCKvz1gi

Here we can see a footballer who is at the peak of his confidence and on the way back to his very best.

The former Villareal man performed just as good in previous matches against Everton and Leicester City – both of which were tough opponents and key games.

It can be argued that Harry Maguire is not exactly at his best right now, so it is somewhat fortunate that Ole Gunnar Solskjaer has someone reliable who can take over the reins.

Due to the nature of recent performances of the team, the 26-year-old’s displays have gone under the radar, but he has undoubtedly been key in several of his side’s recent wins. Victor Lindelof will definitely find his way back into the starting XI difficult by the looks of it.