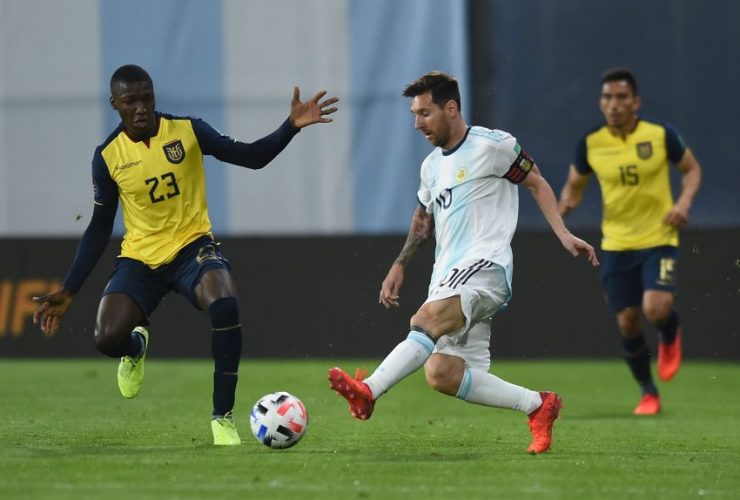 The January transfer window may prove to be an uneventful affair for Manchester United, perhaps taking a page out of the summer’s plan of business.

The Red Devils do have a list of names linked to them, as usual, but no marquee signing seems to be on the agenda. Instead, the Mancunian outfit may make moves in keeping with their recent recruitment strategy.

As per it, upcoming teenage and young sensations from Europe may be touted as the club looks to build a strong set of youngsters with whom to script their future.

As such, it is no surprise that one player linked to them may have dropped a massive social media hint.

Moises Caicedo liked an Instagram post from Manchester United’s official account. The 19-year-old has been linked to a winter arrival from a while now with sources claiming that the deal is already done, pending official confirmation.

As per it, a €6 million deal may be one the cards with further clauses being negotiated with his current outfit, Independiente del Valle. The Ecuadorian midfielder is rated highly and fans seem excited for his potential arrival.

Further still, hype over his purported social-media ‘hint’ may stem from a larger desire from fans to see some acquisition on part of their club this window. Having said that, the desire for new arrivals is not as urgent as was the case back in the summer when the club looked at uncertainty.

At this point, Ole Gunnar Solskjær’s men are looking at a potential Premier League challenge as their new-year’s endeavours put them on equal footing with leaders Liverpool, save for goal-difference.

With the likes of Facundo Pellistri waiting to break through the senior ranks and Amad Diallo awaiting arrival too, it will be interesting to see what Caicedo’s potential acquisition will mean for their roster.