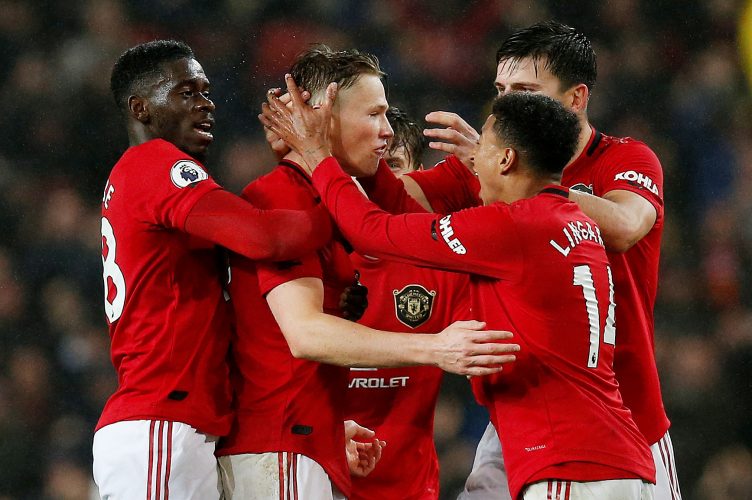 Bayer Leverkusen are closing in on the signing of Man Utd defender Timothy Fosu-Mensah.

The 23-year-old’s current contract runs out in the summer, but as per the M.E.N, he’s set to join the Bundesliga outfit this month in a deal worth £1.5m.

Leverkusen were earlier linked with another Man Utd full-back, Brandon Williams, with both players struggling to get regular game-time at Old Trafford this season.

While Williams, left-back, has struggled to get ahead of Luke Shaw and Alex Telles, Aaron Wan-Bissaka has remained the undisputed choice for the right-back position, a situation which has influenced Fosu-Mensah’s decision to reject a new contract tabled by the Red Devils ahead of the winter window.

If the Dutchman’s transfer to Germany is finalised this month, Williams could end up staying at Man Utd – at least until the end of the season.

Apart from Leverkusen, the Englishman was linked with a loan move to Southampton as well, but with lack of options on the right-flank and no new arrivals in sight, it will be a wise decision to keep the youngster at the Theatre of Dreams for now.

Williams is capable of playing on both sides of the pitch, and against Watford in the FA Cup, Solskjaer deployed him as a right-back in the absence of Wan-Bissaka – who was rested after a busy festive period.

Fosu-Mensah, meanwhile, will hope to establish himself as a first-team regular at his new club after multiple unsuccessful loan spells in recent years. The versatile youngster is also wanted by his former club Ajax, but it’s believed a return to the Johan Cruyff Arena is unlikely.