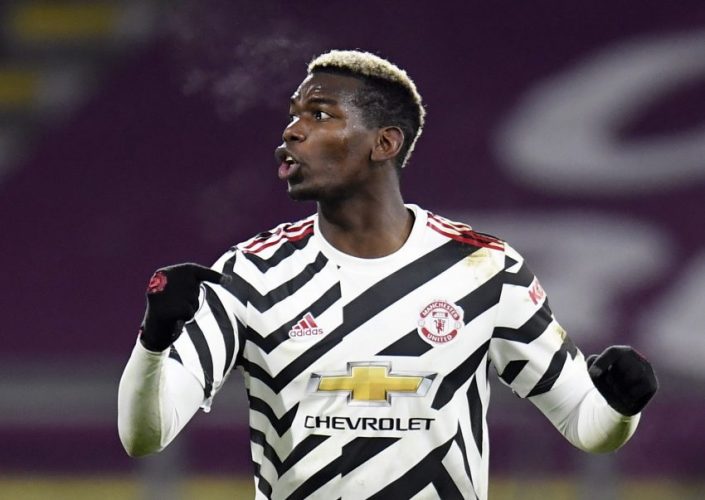 Ole Gunnar Solskjaer’s side did well to not lose their focus after a controversial first-half where everything went against them, and managed to unlock the Burnley defence through a thumping second-half Paul Pogba strike.

1. Finishing: The only Negative

Bruno Fernandes and Paul Pogba’s vision and ability ensured plenty of goal-scoring chances for the United attackers. However, the likes of Marcus Rashford and Anthony Martial have failed to take full advantage of these chances and have been guilty of complacency in front of the goal this season.

The French forward had a chance to finish the game before the full-time whistle but he failed to beat Nick Pope from a close range, which led to a few more nervy minutes to go through for the United defenders.

In a close contested clash the missed opportunities could come back to haunt the Red Devils, as seen previously against PSG in the Champions League and Man City in the Carabao Cup semi-final.

2. Physical Battle in the Midfield

The Norwegian has been impressive with his midfield rotation this season. Against a physical Burnley side, the decision to go with Paul Pogba and Nemanja Matic paid off, as not only the duo won most of their duels, but also kept the ball moving and never allowed Sean Dyche’s men to breath.

While the Serb controlled the game in front of United’s backline, the Frenchman topped his display with the only goal of the game.

Fred, Solskjaer’s reliable option in big games, was rested tonight, and it’ll be a tough decision for the manager to start him ahead of in-form Pogba and Matic against Liverpool on Sunday.

Tuesday night’s win at Turf Moor was Man United’s 15th successive away league win, with a 2-0 defeat at Anfield last season being their last defeat on the road.

Almost one year later, the Red Devils will return to Merseyside to face Jurgen Klopp’s side in a much stronger position than last, and will look to hit two birds with one stone – maintain their unbeaten streak, and end Liverpool’s three-year long dominance at home.