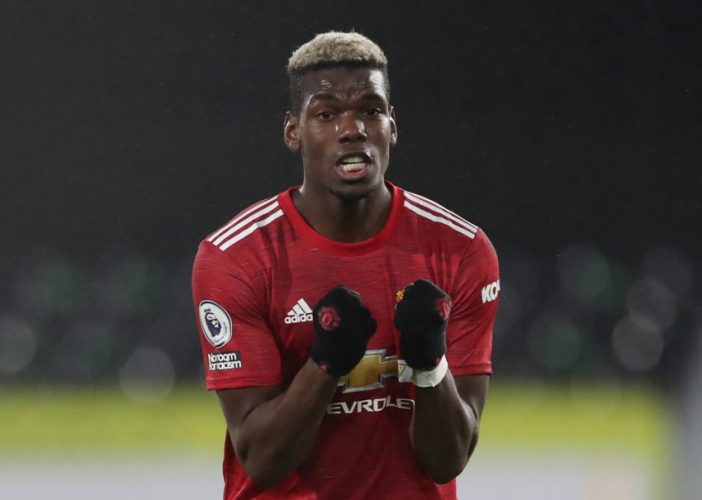 Paul Pogba took Manchester United back to the top of the Premier League table with an absolute banger of a goal at Craven Cottage.

Fulham opened the scoring early on, but couldn’t maintain their lead for too long. Edinson Cavani unlocked the home side’s defence with a quick-reaction goal after Alphonse Areola’s spill into his path.

United, who needed all three points to leap over Manchester City, dominated the possession but couldn’t find another goal in the first-half of the game.

Despite finding themselves in the relegation zone, Fulham are a very well organised team under the coaching of Scott Parker, and the draw against Liverpool and Tottenham Hotspur in recent weeks have shown it’s not easy to open their defence twice in one night.

The Red Devils needed something special from their star players, and Paul Pogba – like he’s done for the most part of the campaign – stepped up, and unleashed an unstoppable long-range strike past the Fulham goalkeeper to secure another away win for the League leaders.

The Frenchman loved the 65th-minute winner, especially because it came from his weaker left-foot. The 27-year-old told BT Sport: “I hit the ball well. I didn’t expect it with the left foot like this but if you don’t try, then you don’t score. It was a beautiful goal and beautiful win. It wasn’t my favourite goal ever but it was still beautiful.”

Pogba has been the club’s best player since his agent confirmed the former Juventus man’s desire to leave the Old Trafford outfit, and if he continues to perform like this, there will be plenty of suitors for his signature come summer.

← Role Model: Arsenal Star Reveals He Looks Up To Bruno FernandesLingard Out From Man United Core Squad, Diallo Set To Be Included →