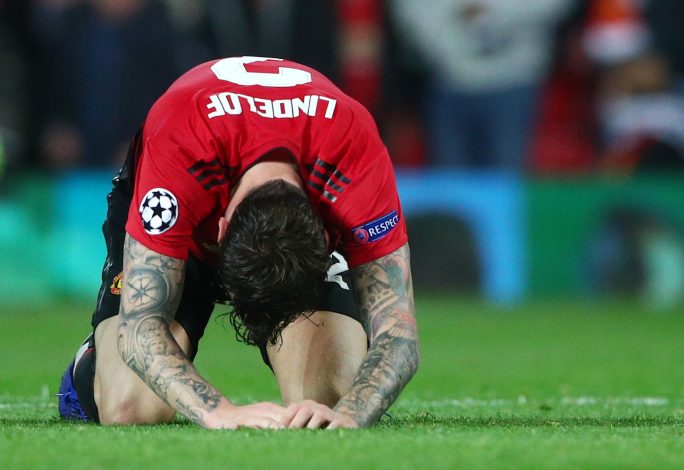 Manchester United’s title hopes were dashed in an away folly as the Red Devils drew 1-1 to West Bromwich Albion. In a cruel reversal of their last gameweek wherein Everton equalized late, this time around it was the home side that stapled their dominance with a 2nd minute header from Mbaye Diagne putting West Brom ahead.

Bruno Fernandes did rescue a point for United with his sublime goal at the cusp of half-time, but several passionate plays for the rest of the game could not materialize into all three points.

Here’s what went wrong for Ole Gunnar Solskjær’s side.

Much has been said about United’s backline this season and yet again the defenders illustrated just why this team is not one that can confidently challenge for titles. Victor Lindelof, despite his body-bind on Diagne, could do little to prevent the header from going in whereas Harry Maguire was practically bullied off the ball on numerous occasions.

The penalty call that was reversed by VAR was also an example of how unaware the centre-backs seemed. In fact, they appeared to be putting up better showings elsewhere on the pitch, particularly at corners. David De Gea was likewise a picture of woe despite making key saves to avoid a loss later on in the game.

It is quite telling of United’s predicament that despite scoring the most goals of any side in the Premier League so far this campaign, their 31 conceded goals paints the final portrait.

2. Rashford and Martial Not Attacking Well

Between the two of them, Marcus Rashford and Anthony Martial have plenty of fire-power and the goal precedence says it all. However, in this game, in particular, their tendency to float upwards and not linger properly caused a lot of trouble.

The attacks were essentially fizzling away despite spirited creations from Fernandes and Fred down the middle. The duo needed to do better with the fouls they were attracting and the dribbling style which they could not take forward too much.

The three offsides that United partook in were prime examples of this, with numerous goal-scoring opportunities squandered. To top it off, a solid West Brom defense ensured that even their more spirited runs could not materialize well.

The game was arguably jeopardized prior to the kick-off whistle itself. Solskjær was simply not taking the risks that his versatile squad is capable of. While Donny van de Beek did disappoint somewhat in the FA Cup clash, the Dutchman could have brought some extra dynamic play in the midfield.

Likewise, a series of follies meant that David De Gea ought to have seen his starting place in some threat with Dean Henderson waiting in the ranks.

The Norwegian is certainly playing it safe, well aware that criticism will be hurled either way. However, the hindsight of this draw that would be read as a defeat in the context of this title race means that complacency cannot be encouraged.

All in all, the game that Manchester City have in hand in addition to their 7 point lead up top gives the Sky Blues ample momentum going forward.