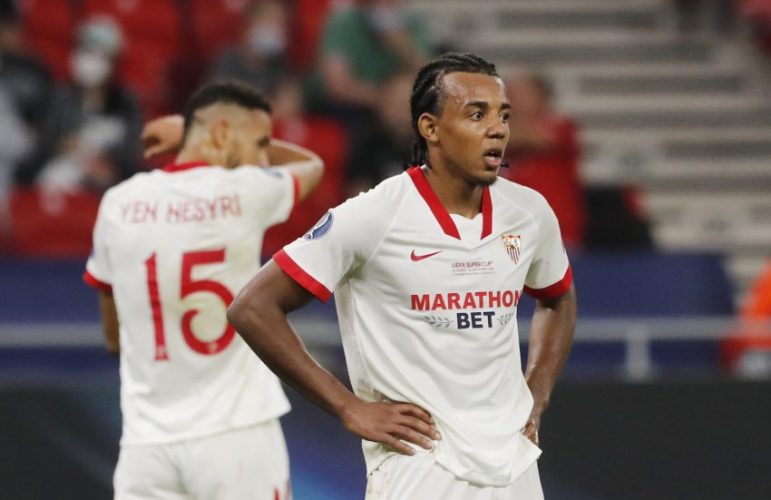 Manchester United could be in the market for an upcoming centre-back from La Liga.

The Red Devils’ recent showings have marked a shocking folly in their defense. For a team that was seriously contending for the top spot in the Premier League, a travesty of a backline combined with David De Gea’s gaffes have ensured that Ole Gunnar Solskjær has to be more realistic about any title haul this season.

The most recent draw against West Bromwich Albion, in particular, inspired much ire from supporters who felt that the two centre-backs, Harry Maguire and Victor Lindelof, simply did not do much during the game.

As such, it comes as no surprise that United are rumoured to be in the market for a centre-back.

According to La Razon (via Sports Witness), Manchester United are willing to offer up to €70 million to acquire Jules Kounde from Sevilla.

The 22-year-old defender has been a much-talked-about name as the Spanish side is making serious strides near the top of the La Liga table. As such, United’s purported interest is understandable.

Further still, the English side is not alone with several top European names also looking to secure his signature. PSG is the other top name linked to him as per recent claims and Real Madrid are also believed to be keeping tabs.

However, it is alleged that Solskjær’s side is the only one that may be able to do a straight swap for the Frenchman. This is a part of an intriguing transfer matrix as Madrid is likely to offer a player or two to lighten the final pricetag.

At this point, however, a willingness to buy remains just that and it remains to be seen just how much this saga gains traction by the summer window, if at all.

← West Brom 1-1 Manchester United: 3 Things That Went WrongWhere Man Utd Would Be In The Premier League Table Without Bruno Fernandes →